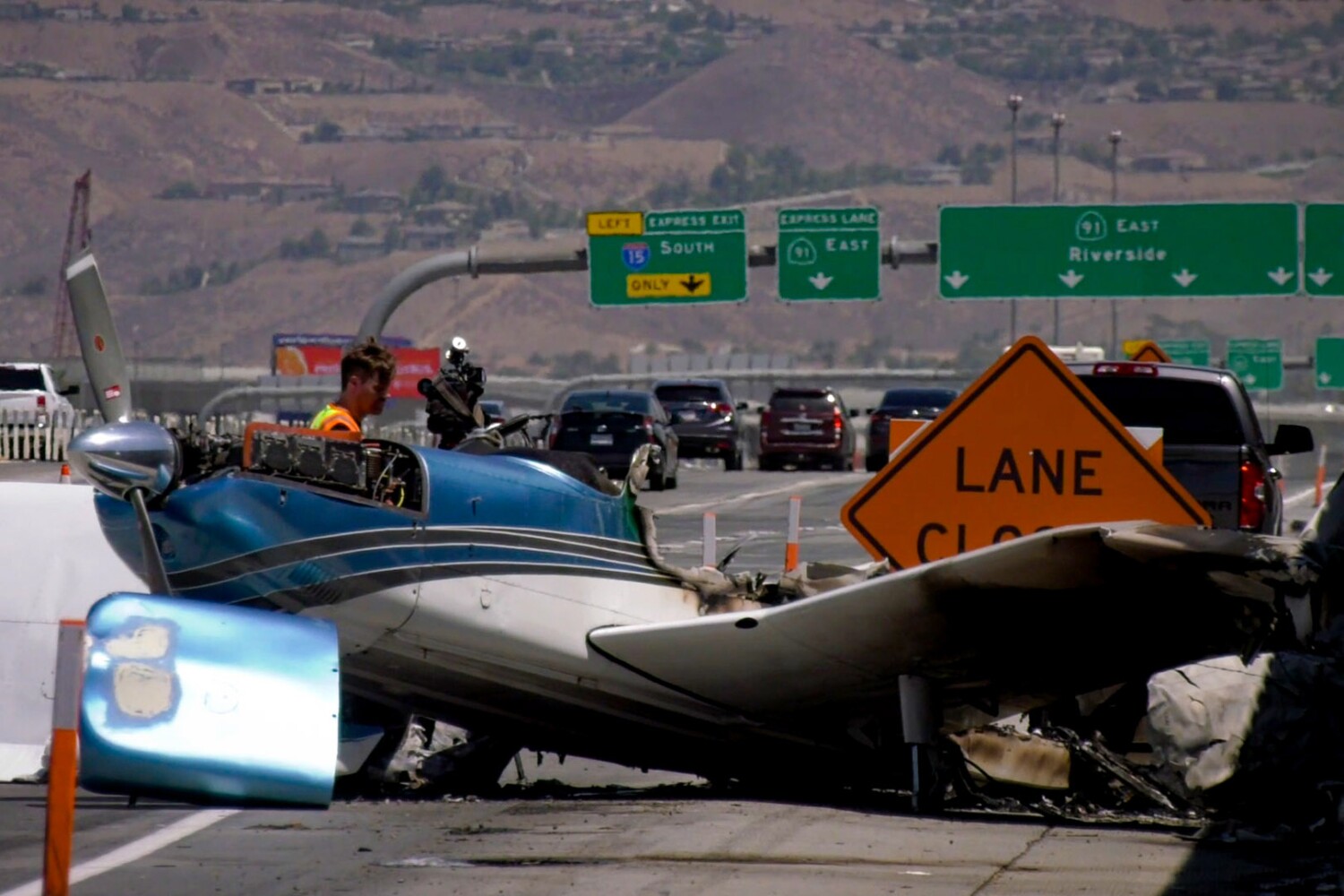 A small Cessna plane landed on Freeway 91 in Corona on Tuesday, and the pilot and lone passenger were unharmed, authorities said.

According to the Corona fire brigade, the single-engine machine crashed on the freeway near Buena Vista Avenue at around 12:31 p.m. and caught fire. The two people on board were able to save themselves unharmed, the authorities said. Firefighters quickly extinguished the fire.

California Highway Patrol Officer Keith Ballantyne told the Times that the plane attempted to land at Corona Municipal Airport and suffered a “possible engine failure,” forcing it to make an emergency landing on the freeway.

The plane crashed into a Toyota pickup, Ballantyne said; the occupants of the truck were not injured.

The Federal Aviation Administration also responded to the incident and will investigate the crash.

According to the California Highway Patrol, traffic is backed up on the 91 Freeway. The CHP said it was closing eastbound lanes; The Lincoln Avenue and 22 Street ramps will also be closed.

Arizona Iced Tea not raising price from 99 cents to $1.29

From Iraq to Ukraine: A New Perspective on the Russian-Western Confrontation