I still have my first teddy bear from my childhood. Almost 40 years later, my soft spot for stuffed animals has remained (although I keep picking them up off my kids’ floors). So with the Smart Teddy(opens in a new tab) there was certainly an innate nostalgia that piqued my interest, but the interactive component was written all over it by my 5-year-old.

But for $200, I wasn’t sure if this bear’s seemingly simple features were worth the hassle.

At first glance, Teddy looks like a normal cuddly toy and also has the softness of one. I actually think this is the first difference between other STEM plushies: some can be quite firm and have hard plastic features that make them difficult to hold in a crib at night. The fact that it immediately acts as “Lovey” or “Stuffy” is a bonus.

Smart Teddy is connected to an app and this setup is a breeze and works like any other device pairing. From here, pressing each of the four bear paws activates different functions. 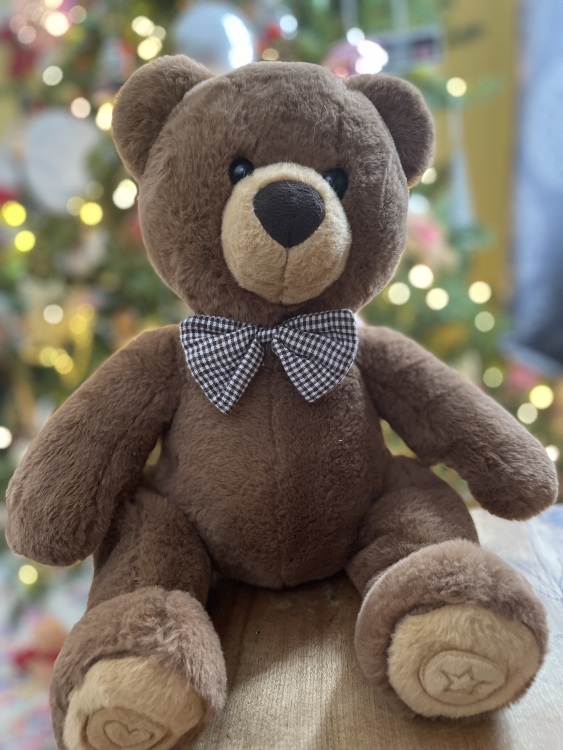 To be honest, I didn’t like the idea of ​​having to sync Smart Teddy with an app on my phone. I figured this would limit the bear’s content and require me to constantly stimulate the various stories, songs, poems, etc., but once you set up routines and marked stories and songs as “favorites” in the app, Teddy was ready to go interact without having to constantly call up the app. Not you have to set up routines or highlight favorites, but without those features the teddy repeats most of its content fairly quickly.

Positive modeling of habits and routines

When Teddy encourages them to brush their teeth, eat lunch, or make the bed, it’s like a magic switch is flipped and children suddenly follow whatever instructions would normally accompany a protest or slow feet.

The list of positive habits and routines is quite extensive. There are reminders to calm down, take medication, tidy up, be polite, play outside, turn off screens, and even talk about a problem. My son asked if Teddy could sing happy birthday to his grandfather and I was delighted to see the feature existed!

As my son is on the older end of the recommended age for this toy I was hoping there would be more than ABCs and counting. Luckily, Teddy has games about animals, weird words, safety lessons, emotions, puzzles, and even seasonal and holiday fun that changes with the season.

When I saw story options from snow white and “Mary Had a Little Lamb” I didn’t expect that there would be creative versions of these stories and nursery rhymes. We liked that there are four different stories or poems he runs through each day, with new ones added each week, so kids are constantly getting new content. Again, there are stories tailored to the season and the upcoming holidays.

what i don’t love

This is just a parental preference (my son didn’t mention dislike at all), but I wish there were different voices to choose from. It’s nice that the voice isn’t robotic, but it doesn’t exactly vary its tone or show a whole lot of enthusiasm.

I knew this was a win when my son brought the teddy(opens in a new tab) to his kindergarten class and the teacher sent a photo of Teddy sitting in his own chair at a table with my son and his classmates. When I picked him up from school that day, a kid chased us downstairs and said, “Can I hear another story about your teddy bear?”

AI Is Taking On Ever-Larger Puzzles