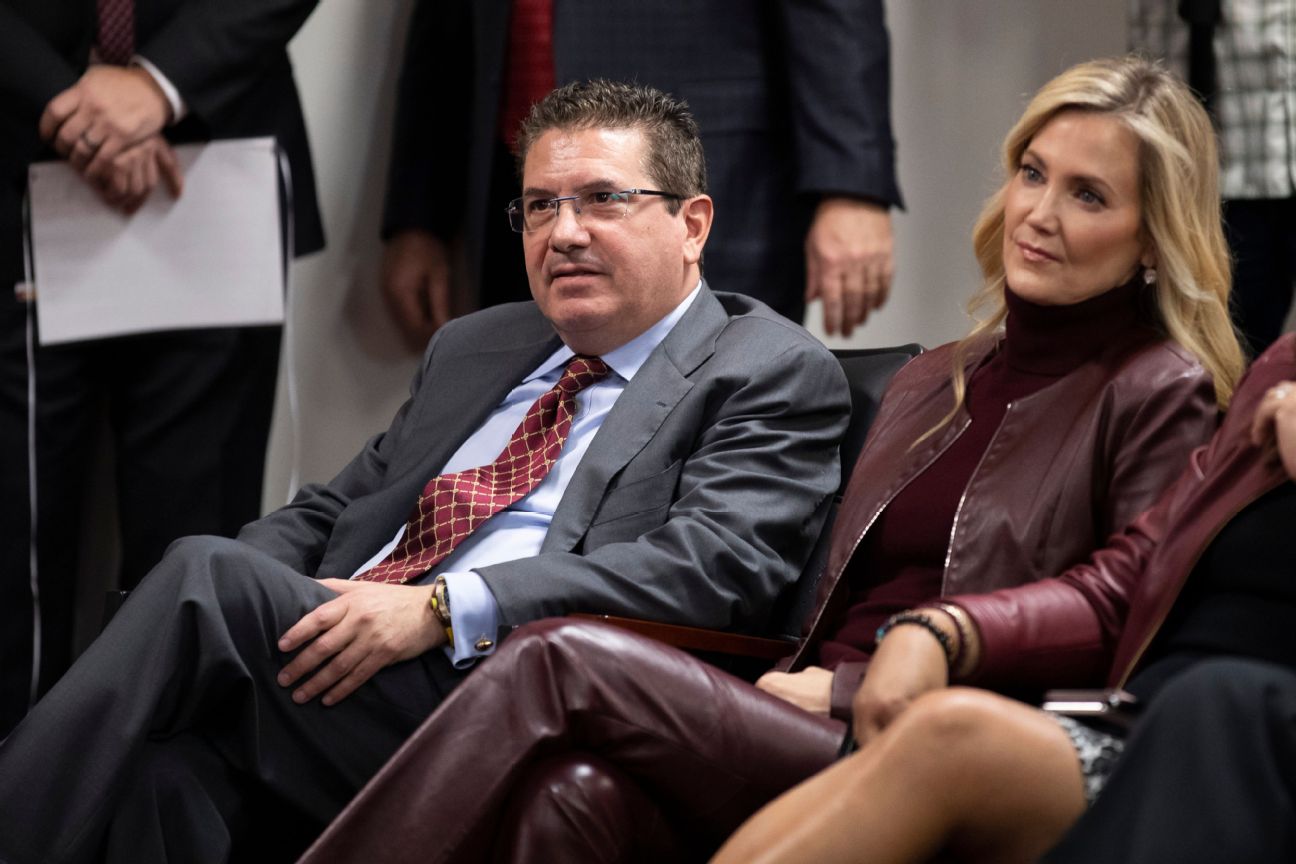 A statement from the team didn’t specify what the transactions might be, whether it was selling the team or pursuing minority investors.

A Commanders spokesman said the team is reviewing all options.

“The Snyders remain committed to the team, all of its employees and its countless fans to bring the best product to the field and to continue the work to set the gold standard for jobs in the NFL,” the team said in the statement.

NFL spokesman Brian McCarthy said in a statement Wednesday that “any potential transaction would need to be submitted to the NFL Finance Committee for consideration and would require a favorable vote of three-fourths of the full membership (24 of 32 teams).”

Attorneys Lisa Banks and Debra Katz, who represent more than 40 former employees of the franchise in Washington, welcomed Wednesday’s news.

“Today’s news that Dan and Tanya Snyder are considering the sale of the Washington Commanders is a good development for the team, its past and present employees and its many fans. We’ll have to see how that plays out, but obviously this could be a big step toward healing and closure for the many brave women and men who have come forward,” they said in a statement.

Congress continues to scrutinize Dan Snyder for the workplace culture created during his ownership. The NFL, led by attorney Mary Jo White, is also investigating Snyder for the second time, stemming from allegations of sexual misconduct. The initial investigation resulted in a $10 million fine against the organization.

There are also investigations by attorneys general in Virginia and Washington, DC into financial irregularities by the organization, which the team has denied.

Two weeks ago, the Commanders released a statement saying Snyder would never sell the franchise in response to Indianapolis Colts owner Jim Irsay, who said at the NFL’s fall meeting in New York it was worth considering whether they should deselect him as the owner.

The league requires 24 out of 32 owners to agree to such a vote, which has never happened at the NFL level.

Commissioner Roger Goodell told reporters at the fall meeting that he had “little to no discussion” with owners over the Snyder issue, in large part because White’s investigation was ongoing.

McCarthy said Tuesday that White’s investigation is ongoing and there is no update on the timeline for its completion.

A recent ESPN investigation detailed the matter and how Snyder told employees he used private investigators and other sources to gather dirt on co-owners, coaches and executives.

Snyder sent a letter to other NFL owners addressing the ESPN investigation and denying ever using private investigators against owners or Goodell.

Snyder has owned the team since 1999 when he paid $800 million. He gained full control of the franchise in late 2020 when he bought out his three minority investors. The franchise is now valued at $5.6 billion, according to Forbes.

‘I hate Edmonton, but I hate Tampa more now’