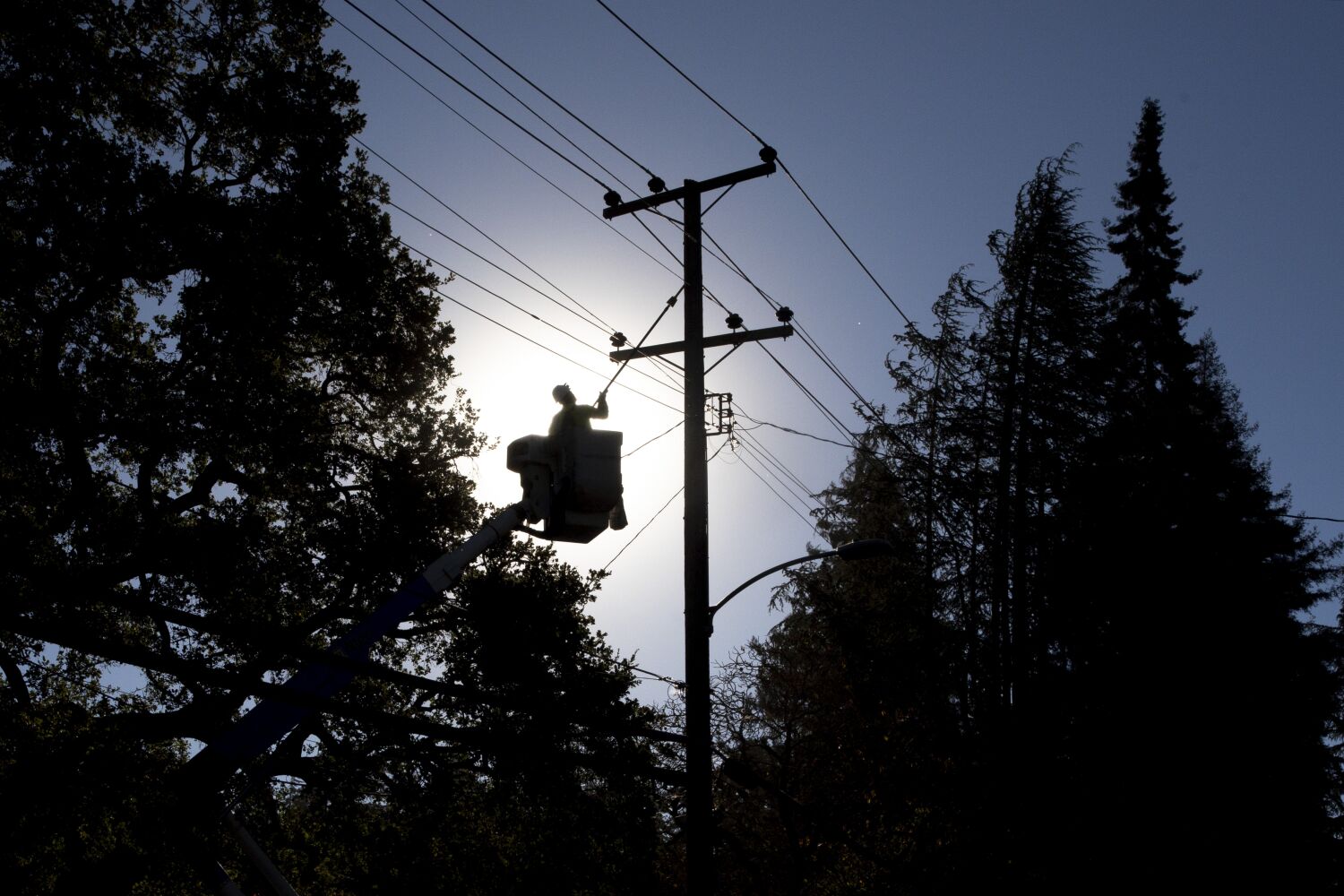 Residents in a dozen Northern California counties could see their power cut over the weekend as gusty winds increase the risk of wildfires, Pacific Gas & Electric Co. announced Friday.

Customers in Colusa, Glenn, Shasta and Tehama counties were monitored Saturday for potential pre-emptive power outages, but the company warned high winds and dry conditions could cause shutdowns in as many as 11 counties across the state through Sunday morning.

“This period of gusty winds and lower relative humidity will increase wildfire potential and PG&E meteorology will continue to monitor the details of the upcoming event,” the company said.

The planned outages are expected to primarily affect counties in Northern California, but other counties in the state were also being monitored for possible outages through Monday.

The energy company listed customers in Colusa, Glenn, Shasta and Tehama counties seeing potential outages Saturday. The outages could only affect part of the county, according to the company, but as many as 1,124 customers could be affected, including 119 residents who rely on electricity for medical issues.

The Saturday shutdown could begin as early as 9 a.m., the company said.

According to PG&E, officials on Sunday were monitoring weather conditions and the possibility of outages in Butte, Colusa, Fresno, Glenn, Kern, Lake, Napa, Sonoma, Stanislaus, Tehama and Yolo. Some of the counties would continue to be monitored through Monday.

The utility has had planned shutdowns in the past to reduce the risk of starting large wildfires. Last month, the company reached a $117 million settlement related to the 2018 North Bay fires and 2018 Campfire.

The fires, started by downed power lines and faulty electrical equipment from the company, decimated communities and killed 85 people in the bonfire in the northern California city of Paradise. PG&E pleaded guilty to 84 counts of involuntary manslaughter related to the fire in 2020.

To Escape the War in Ukraine, First They Had to Cross Russia