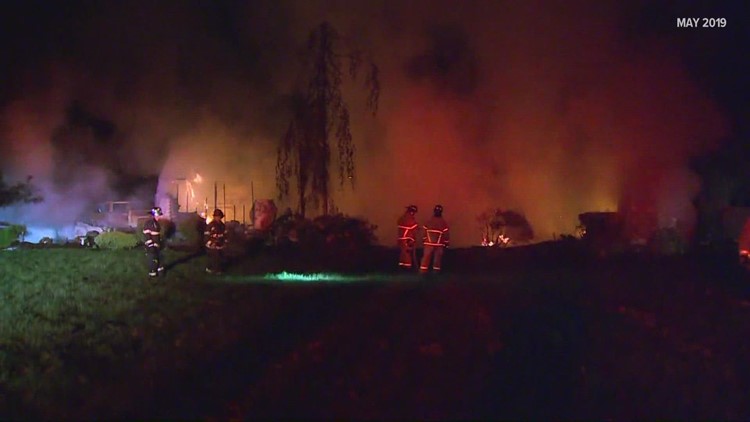 The Carnegie Medal is considered the highest honor for civil heroism in North America.

ARLINGTON, Wash. – It’s a new day for Jake Smith and his mother Wendy. A new day in a new home, but old memories still cling to their tranquil Arlington estate.

In May 2019, the Smiths’ home burned down completely.

“You know, I try not to think about it,” says Jake. “It’s just something that will always be there.”

The fire is believed to have been caused by a grill.

Jake, his mom and her boyfriend were inside. Jake climbed out of a second floor window and came across the friend.

“At that point I asked him where my mother was. He said they were coming down the stairs and he lost them. She never found out,” Jake recalls. “I panicked.”

Jake ran back inside.

Driven out by flames the first time, he began to crawl on his hands and knees, groping his way along the floorboards through the choking black smoke until he found his mother unconscious in a closet.

Jake had just moved back in with his mother two days earlier because he was remodeling his house.

“There were so many things that just happened that night that were just miraculous,” says Wendy.

“It’s very well deserved,” smiles Wendy. “I’m so proud, so proud of him. It’s unbelievable that he’s running into this burning house.”

It’s an honor Jake wishes he never had to win.

While the house was being rebuilt, his mother was still suffering from the effects of a burned trachea.

She endured eight surgeries, the last of which resulted in a heart attack and stroke.

She has difficulty speaking and breathing and is forced to use a wheelchair.

However, Jake and his mother prefer to focus on the positive.

The bond between mother and son is stronger.

Their love is deeper, forged in a fire that has brought them closer together.

“Everyone made it,” says Jake. “You can’t get any luckier than that. Life happens and you move on. I’m just glad I still have my mother.”

Covid 2022: Many say they are not concerned with coronavirus as summer kicks off

Emotional Cherelle Griner tells rally of her frustration with wife Brittney Griner's detention, vows not to rest until she is free