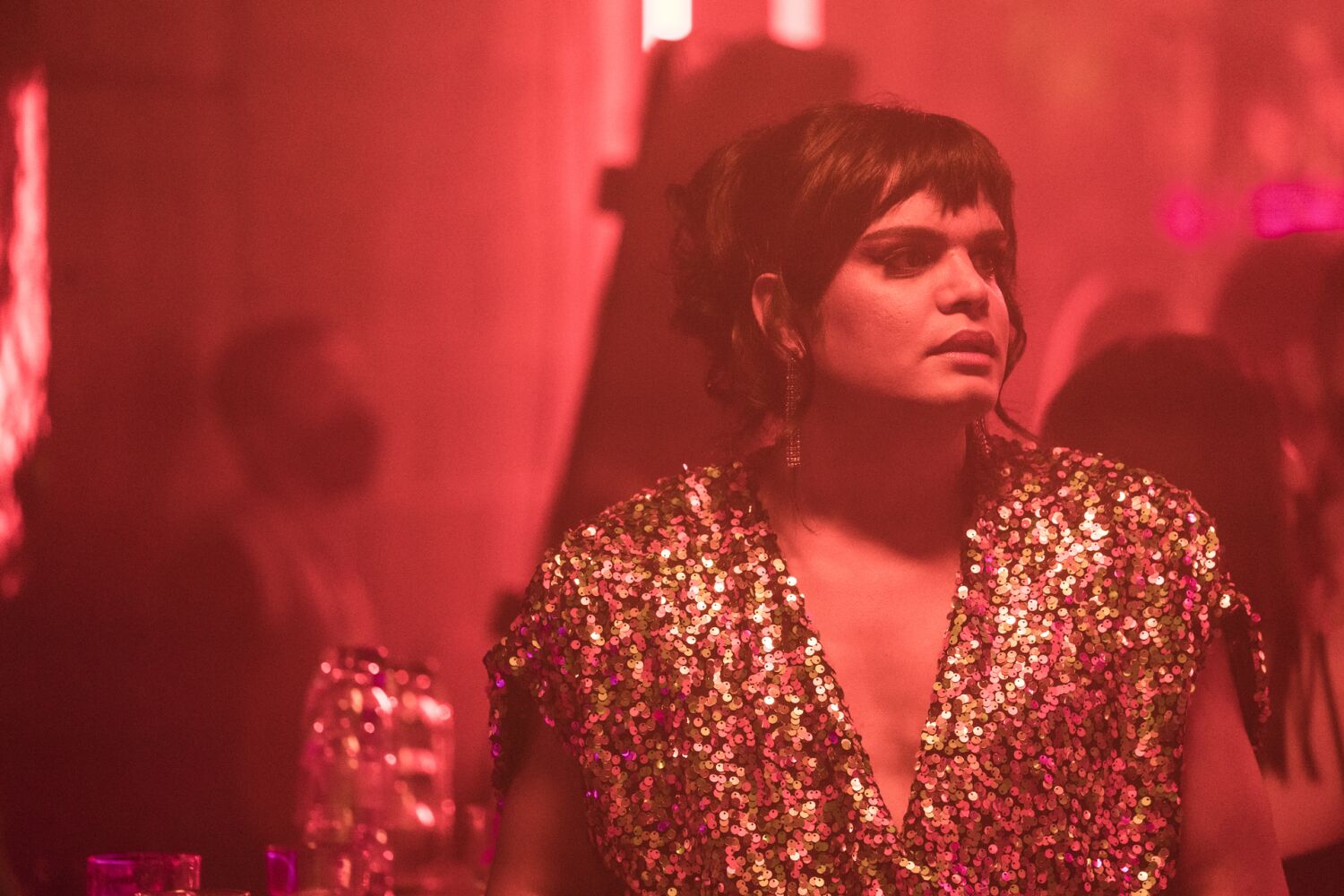 Warning: The following contains spoilers for the final two episodes of Sort Of Season 2.

When co-creators Bilal Baig and Fab Filippo set out to write the second season of the hit half-hour comedy Sort Of, they knew they wanted to explore love in all its forms through the lens of a lead character rarely represented on television .

“In my experience, when you get to the point where you can let your walls down just a little bit, it creates some space to receive love or be curious about it,” says Baig, who directs the non-binary protagonist Sabi Mehboob plays . “Sabi’s walls caved in a bit at the end [of the first season], and love really felt like the next natural thing they would want. And I don’t think we can talk about love without exploring where people come from, what their past was like, and what their relationship with their parents is like.”

The final two episodes of the second season bring Sabi’s complicated relationship to an end with her narrow-minded father, Imran (Dhirendra Miyanger), who dies suddenly of heart failure during a routine nap. The news shakes Sabi — as well as her sister Aqsa (Supinder Wraich) and mother Raffo (Ellora Patnaik) — and sets the stage for a third season of the Canadian comedy, which HBO Max and CBC recently ordered.

Baig spoke to The Times about the decision to kill Imran, the beautiful “mess” of Sabi’s relationships, and the continued power and evolution of mainstream media portrayal of trans and non-binary people.

In the sixth episode, Imran pulls Sabi aside and says, “You don’t have to understand someone before you love them. I don’t understand you at all.” What did you hope to achieve with the introduction of Sabi’s father this season?

It just felt uninteresting to portray a Pakistani man in his 60’s as someone who is totally aggressive and withdrawn. What I love about Imran is that he may have gotten away with controlling his family and other people for many years and he needs to rejoin his family [with] Each of them is a little bit more confident. I think of the scene in the first episode where he offers Sabi to do this makeover for Raffo, but he doesn’t yell, he doesn’t twist Sabi’s arm. He’s just as scared as Sabi, and that’s because sensitivity is also something that runs through this family.

So it was about these two trying to find each other the way Raffo and Sabi actually find each other in the first season. Sabi perceives her father as a stranger, as someone who wasn’t quite there, especially in the last few years as they have become who they are. We could show that these two might have the potential to really see each other as father and child, but we also love breaking hearts, so he passes.

Aside from wanting to break hearts, what prompted the decision to kill Imran in the penultimate episode?

There was something so deeply true about immigrant men. I know tons of older South Asian guys – my own dad, uncles, my dad’s friends – all struggling with some kind of health issue and the way they push it away or pretend it’s not such a big deal, fascinates me. It just felt interesting to leave Sabi at the end of the season in what might be the most messy place they’ve ever been — only to lose a complicated relationship like this while also struggling with her feelings towards Bessy [Grace Lynn Kung] and wolves [Raymond Cham Jr.].

At the end of the finale, Sabi breaks down in front of her best friend – and employer – Bessy over the loss of her father and they share a brief kiss before Bessy says, “You should go now. Please.” How did you want to play out the dynamic between Sabi and Bessy?

I’ll answer that question, but I want to talk about the bar scene in the pilot – when Bessy walks in and says, “Will you miss me?” and Sabi feels kind of uncomfortable about that – because it’s all connected. There was always something going on [their] Dynamic that feels like 10 different things at once. That bar scene in the pilot might come across as romantic, or at least a lot of my queer and trans friends said, “Whoa, it feels like something’s going on between Bessy and Sabi.”

Bessy feels like her whole life changed when she came out of the coma, and we’re really delving a bit more into Bessy’s past this season. We see a woman who once existed clearly and visibly in the world as a queer woman of color, which is quite different from the way she is likely to be perceived now with a white husband and two multiracial children. [Her] Necessity for sabi is layered in dynamics. And to turn it around, in my preparation for this character, I firmly believe that Bessy was the first person to see Sabi [as a nonbinary person]. We say in Season 1 that they were never asked what their pronouns are until Bessy asks [them]. There is certainly a toxic mess in that deep need, but there is also a kind of beauty in feeling so deeply connected to someone in the world.

But Sabi also has an intriguing relationship with Bessy’s husband, Paul (Gray Powell). Sabi was essentially co-parenting with Paul when Bessy was incapacitated, and Sabi literally leaned on Paul for support at one point during the funeral to fight back against some disapproving funeral-goers.

We always talk about queerness as this super expansive term when we’re in the writers’ room. … [It] applies to everyone. That doesn’t mean all identified as queer, but queerness is in the air at least for me. It’s a feeling, it’s a dynamic that kind of surprises you. We were really moved by this conversation, which the audience never really gets to see — that is, after the end of season one, Paul and Sabi call each other and miss each other on the phone. Sabi has a lot of sympathy for Paul given all that he can juggle in terms of Bessy in terms of Bessy coming back and breaking up with him and then of course juggling with the kids.

I like it when people put their own [labels] look at those relationships and see what they need to see, but we’re interested in continuing to do so [add] nuance [to] their dynamic, and it’s not just because they’re so different – Paul is cis and white and Sabi is trans and brown. We want to offer to the world [the idea] that these two can really work together and have many different shades in their relationship. I think a lot of people felt in Season 1 that Paul wasn’t very friendly… but I’ve always seen it as two people finding out a lot of things along the way.

How did you and the authors try to find humor in the seemingly quiet and mundane moments of everyday life? What do you think are the keys to making this particular story feel relatable and universal?

A lot of things get thrown up and ultimately what sticks are the things that just feel true. what does [the characters] What’s funny to me is that they try their best to be themselves and manage these complicated relationships that they have with people in this world. It’s an incredibly human thing… and these journeys can be subtle.

The transition has always been perceived as this big, life-changing thing [where] You can never go back once you cross that threshold and I think one of the coolest things we’re offering to the world is that [transitioning] looks like so many different things. And every day we are a little bit different. There’s also a lightness – we’re not heavy-handed, we steer clear of over-sentimentality and big bold letters like “That’s our political opinion!” We just let characters be.

Were there certain reactions from viewers that particularly impressed you?

I get a fair amount of DMs telling me about people who the show’s existence has made them feel more confident about their gender journey or transition than ever before. I’ve thought about it a lot [how] Conversations between kids and parents could be unleashed by the show, especially in South Asian and Brown families, and it’s certainly happening. That felt empowering and exciting.

But I didn’t understand or expect how Sabi would mean so much to so many people if only she existed. I get messages from people of all ages, all genders, all races — including white people — saying the show has touched them in some way or that they’re reflecting on their own relationships.

How does it feel to make history as one of the few non-binary main characters on TV?

I think we know mostly as [global] Society that it has power to be honestly represented in the media in any way, so I’m aware of that and love that that’s happening… and staying cool too. [Laughs.] I’m a quieter person; I am deeply nervous and shy all the time. So I have a good balance and I want to continue protecting that as I move through this industry. This was all new to me – it’s my first time acting [on] Cinematography as well as producing, co-showrunning and writing for television.

What do you think is the next step in the development of trans and non-binary representation?

This show works because I was invited behind the scenes from the start. It was always Fab and I’s project, even though I was the one with far less television experience across the board. So if it’s possible for us here and it worked, then I think that’s the next step. It’s nice to have us in big decision-making roles as directors, producers and showrunners – and I think that happens – but it’s the only way forward because the quality of work changes when you have these communities in every part of the has process.

Sort Of has just been renewed for a third season. What will the next chapter of this story look like?

We weren’t quite sure how audiences would take the ending of season two, and I hear a lot of different, complicated, nuanced reactions. Nothing necessarily ‘bad’, but people are aware that this is an employer-to-employer moment [Bessy] and an employee [Sabi] if you just look at it through that lens, right? The fact that people are talking about it and picking it apart means we can delve deeper into the mishmash of all these characters’ lives [and] Really accept that everyone, including trans people, is fallible – and not in a devastating way, but in a “we are all human and move through life” way. I hope we really get to watch someone like Sabi go through a kind of grief, which is also a bit confusing because that’s how it was [they] I really love this person who helped with the birth [them] in the world?

Winter storm flight delays and cancellations: These apps could help