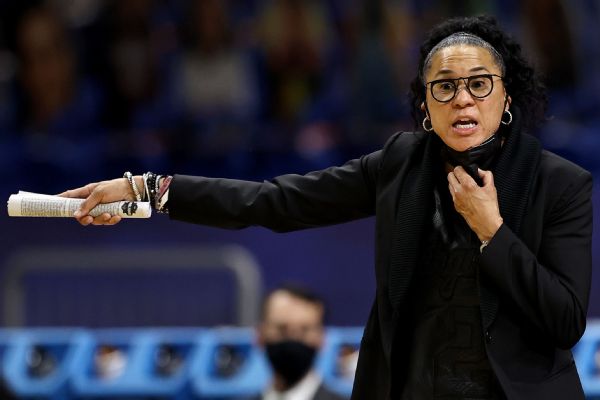 COLUMBIA, SC — South Carolina and women’s basketball coach Dawn Staley canceled a home-and-home series with BYU over a recent incident in which a Duke volleyball player said a Cougars fan called her racial slurs shouted at.

The Gamecocks were scheduled to start the season at home against BYU on November 7 and then play on the Utah campus in the 2023-24 season.

But Staley cited last month’s BYU volleyball home game as the reason for canceling the series.

“As a head coach, my job is to do what is best for my players and staff,” Staley said in a statement released by South Carolina on Friday. “The incident at BYU caused me to re-evaluate our home and I don’t think this is the right time for us to be a part of this series.”

Duke student Rachel Richardson, a black member of the school’s volleyball team, said she heard racial slurs from the stands during the game.

BYU apologized for the incident, and Richardson said the school’s volleyball players reached out to them for support.

South Carolina said it was looking for another home opponent to start the season.

Gamecocks athletic director Ray Tanner spoke to Staley about the series and supported the decision to cancel the games.

A tweet posted to the BYU women’s basketball account He said on Friday night, “We are extremely disappointed with South Carolina’s decision to cancel our series and ask for patience as the investigation continues. We believe the solution is to work together to eradicate racism, not separate.”

Darvin Ham must wait for Lakers lineup he really wants