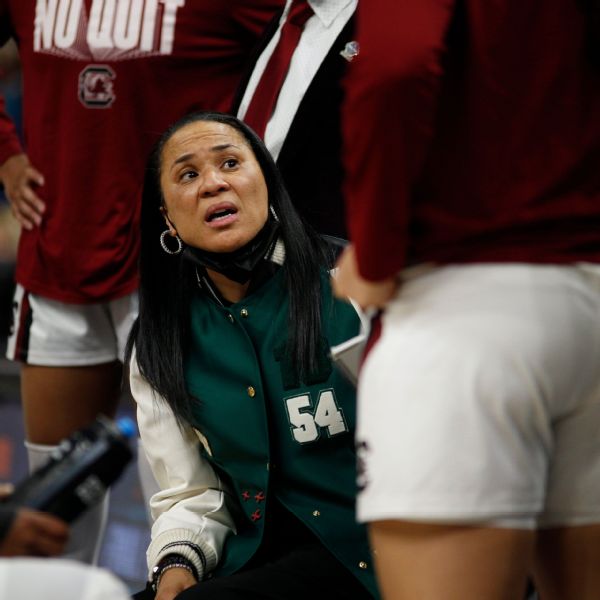 DARLINGTON, SC — South Carolina’s Dawn Staley said she didn’t want her players lining up at BYU for verbal abuse, so she decided to cancel the schools’ home-and-home series.

When Staley heard the account of Duke volleyball player Rachel Richardson’s experience at BYU — Richardson said she heard a racial slur directed at her — the two-time national championship coach “didn’t want to put her players in that situation.”

Staley, whose team won its last NCAA title last April, was at Darlington Raceway on Sunday to serve as a volunteer pace car driver for the Southern 500.

Staley said she reviewed all aspects of what was happening at BYU and spoke to several people.

“I slept on it for a couple of nights, I woke up with the same gut feeling that I shouldn’t put our players in this situation,” she said ahead of the race.

The BYU women’s team Twitter account posted a link to a comment from athletic director Tom Holmoe on Friday, along with the words, “We are extremely disappointed with South Carolina’s decision to cancel our series and ask for patience as it continues We believe the solution is to work together to eradicate racism, not separate.”

The Gamecocks were scheduled to open this season at home against BYU on Nov. 7 and then head to the Provo, Utah campus during the 2023-24 season.

Staley said she’s been in talks with a few schools about replacing the Cougars in the opener.

Staley said she didn’t discuss it with her players and told them about her pick on Friday without much fanfare.

“It was a selfish decision,” she said. “I was just thinking about South Carolina women’s basketball.”

“I just wanted to make sure our players didn’t have to endure that,” Staley said. “Because when something like this happened, I don’t have the words to comfort her.”

2 found dead in Weed, Calif., neighborhood burned to the ground in Mill fire