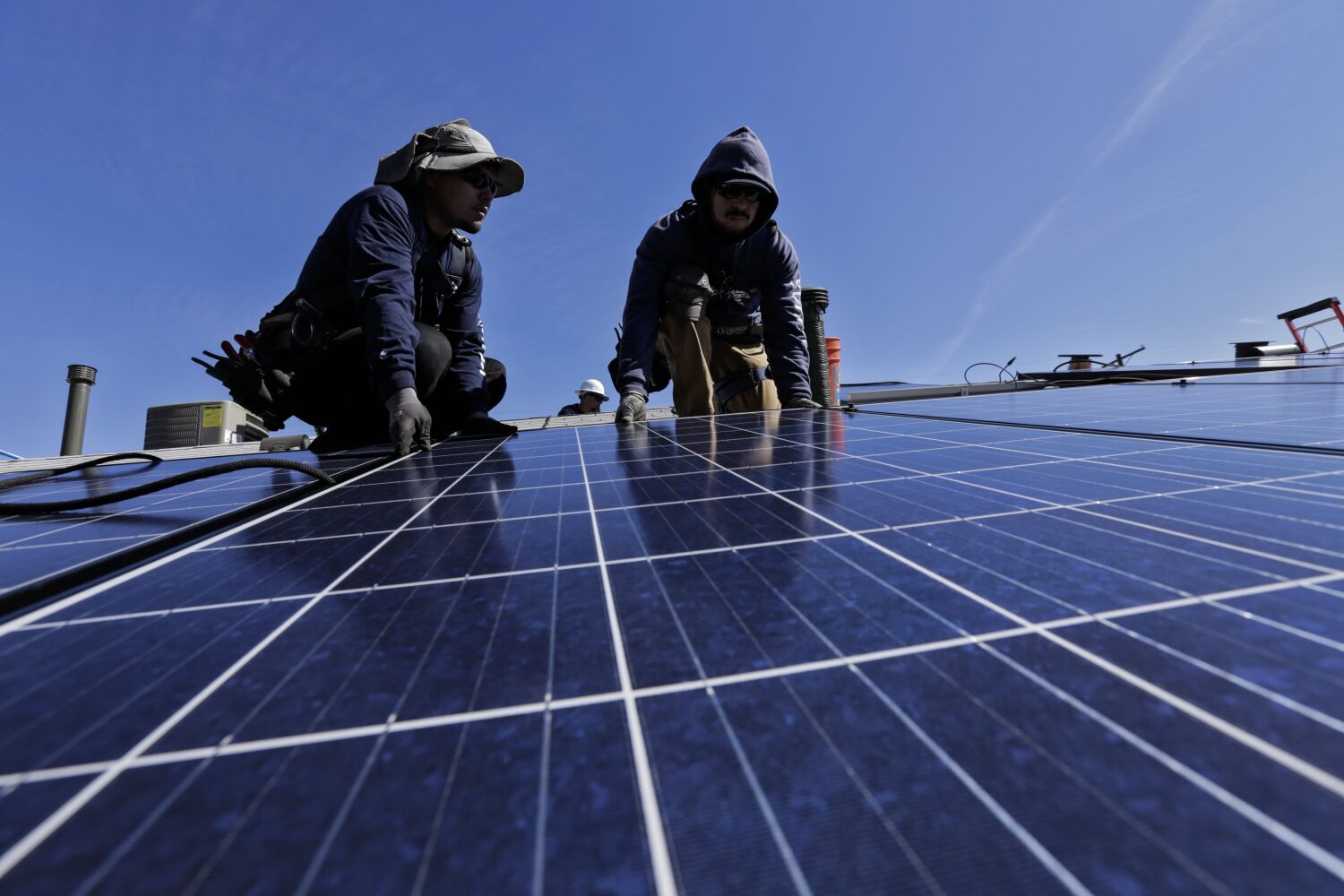 South Los Angeles is among 10 communities across California receiving financial assistance to combat the effects of climate change.

On Thursday, the state approved $96.2 million in grants to support community-led projects in tribal, disadvantaged and unincorporated neighborhoods that would help reduce greenhouse gas emissions while providing economic opportunities for residents and to improve the environment and public health.

“California is empowering communities on the frontlines of the climate crisis to fight pollution and build resilience in their own neighborhoods,” Gov. Gavin Newsom said in a release. “This innovative support for community-led projects statewide will bring environmental, health and economic benefits to Californians for decades to come.”

Collectively, the 10 projects will reduce greenhouse gas emissions by up to 64,000 tons, or the equivalent of removing 14,000 cars from the roads for a year.

Richmond Rising and the South Los Angeles Eco-Lab — a project proposed by more than 20 local organizations including CicLAvia, the Metropolitan Transportation Authority and TreePeople — each received $35 million, the largest grants awarded. Grants have also been made to communities in Stockton, San Diego, and Monterey, as well as the Wiyot and Karuk tribes, among others. The five-year fellowships begin next year.

The project area will cover 3.9 square miles in the heart of South LA, home to an estimated 85,000 predominantly Black and Latino people, 60% of whom live below the poverty line. It is an area disproportionately affected by land and air pollution, largely due to the surrounding highways.

Proposed South LA projects supported by the grant include free subway passes for students, seniors and low-income residents; solar roof panels and charging systems for electric vehicles; Cooling efforts to mitigate the effects of prolonged and worsening heatwaves, including planting 6,000 trees across the area and greening two acres of the 52nd Elementary School; and know-your-rights workshops for private and commercial tenants.

Maria Patiño Gutierrez, director of policy and research at Strategic Actions for a Just Economy, a tenant rights and housing justice organization, said preventing displacement is an important part of the project.

“The reality is there is a concern that all of this community greening and development can potentially affect the community [through gentrification]so we want to make sure that the people who live here can thrive here,” she said.

Mann hopes the project, which is expected to be completed by the 2028 Summer Olympics, will inspire the millions of people who are estimated to be coming to the city to develop climate action plans in their own communities.

“South LA Eco-Lab’s synergistic projects are seeds grown by residents, small businesses, community-based organizations, and public entities in these neighborhoods,” states the project’s website. “The seeds will blossom into an oasis in south Los Angeles.” The project builds on the work of the South LA Climate Commons.

Since 2016, the state has distributed approximately $661 million to the Transformative Climate Communities Program, which provides financial support for projects focused on improving health, economic and environmental outcomes for California’s disadvantaged communities. The program is part of Newsom’s California Climate Commitment, a multi-year, $54 billion vision to combat climate change.

Afghan Evacuees in Limbo While Seeking Permanent Legal Status in the U.S.