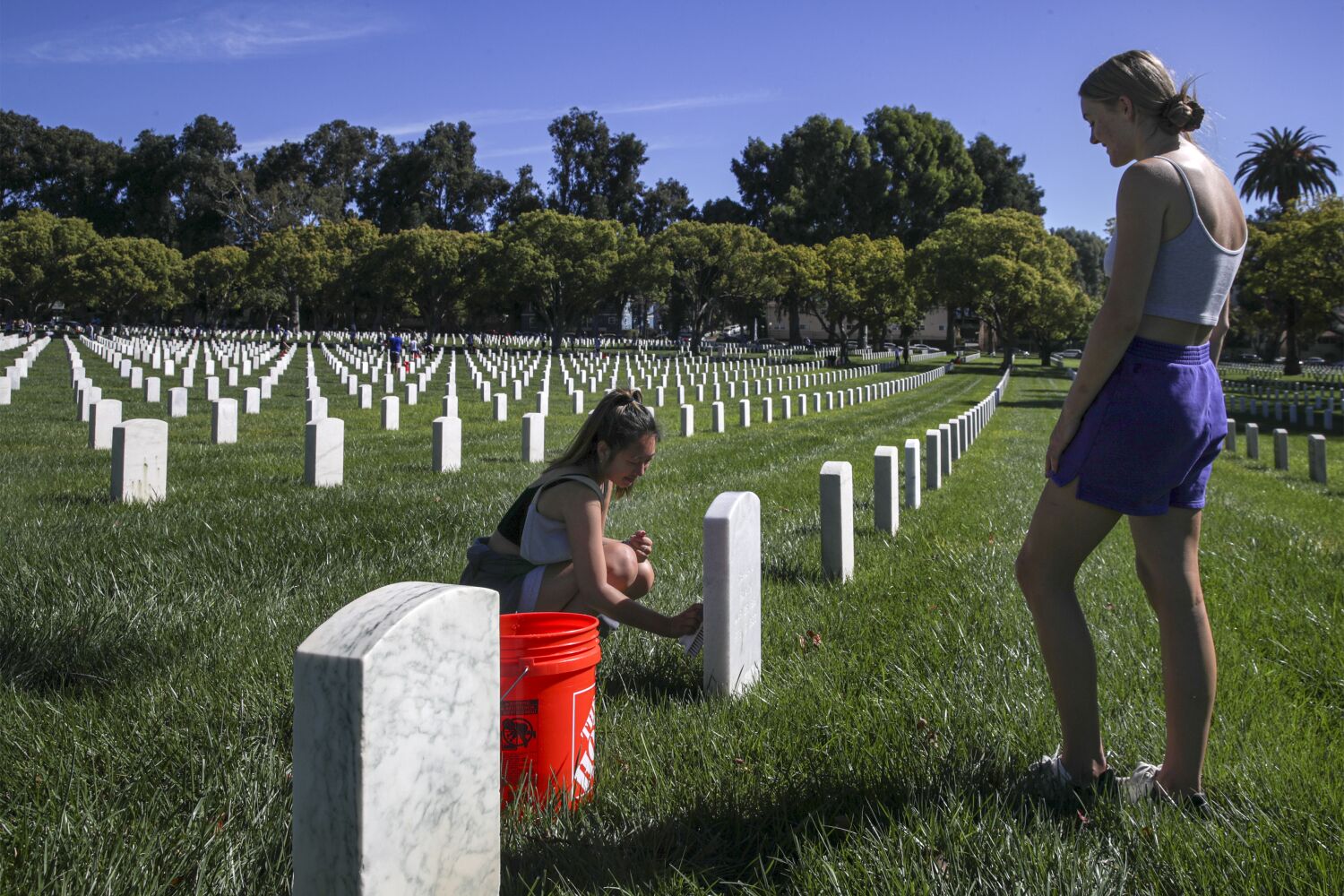 The National Weather Service issued heat warnings and advisories for much of Southern California this week as another heat wave could push temperatures into the triple digits.

A heat warning is in place for the valleys of Los Angeles County and a heat warning has been issued for the inland coast, including downtown LA. Both expire at 8 p.m. on Tuesday

The valleys could hit temperatures as high as 102 degrees by Wednesday, and the mountains and deserts could hit 100. Coastal areas should be just a few degrees higher than normal, rising to around 88 degrees.

Though still dangerously warm in some areas, the current heatwave should only last about two days and is at the “lower end” of the historic heatwave earlier this month, according to Andrew Rorke, a senior meteorologist at the National Weather Service in Oxnard.

“This is a much shorter duration and noticeably lower temperatures,” Rorke said.

A warm, high-pressure air mass, reinforced by a slight offshore thrust that delays sea breezes, is driving the current extreme heat stretch, Rorke said. But he assured Angelenos this is no déjà vu from the historic heatwave that began in September: Temperatures are expected to be 5 to 10 degrees cooler and the event will last seven fewer days in Oxnard, according to the National Weather Service.

“This is by no means a record-breaking heatwave,” Rorke said, adding that since this is a Santa Ana season, records are “high and unattainable.” And unlike the last heat wave, the lows won’t remain so stubbornly high that “there’s no hope left overnight,” he said.

A heat warning is in effect through 8 p.m. for coastal areas of Orange County, where temperatures could soar to 92 degrees.

Current high temperatures are being moderated slightly by lower humidity, said Mark Moede, meteorologist with the San Diego Weather Service. “The lower humidity compared to what we had weeks ago will make it a little more bearable,” Moede said.

Increased fire risk is an ongoing concern during a heatwave, but forecasters say they aren’t forecasting any winds in Santa Ana this week, lowering that threat level.

The New Neighbor Is Causing a Commotion. Oh, and He’s the President of South Korea.