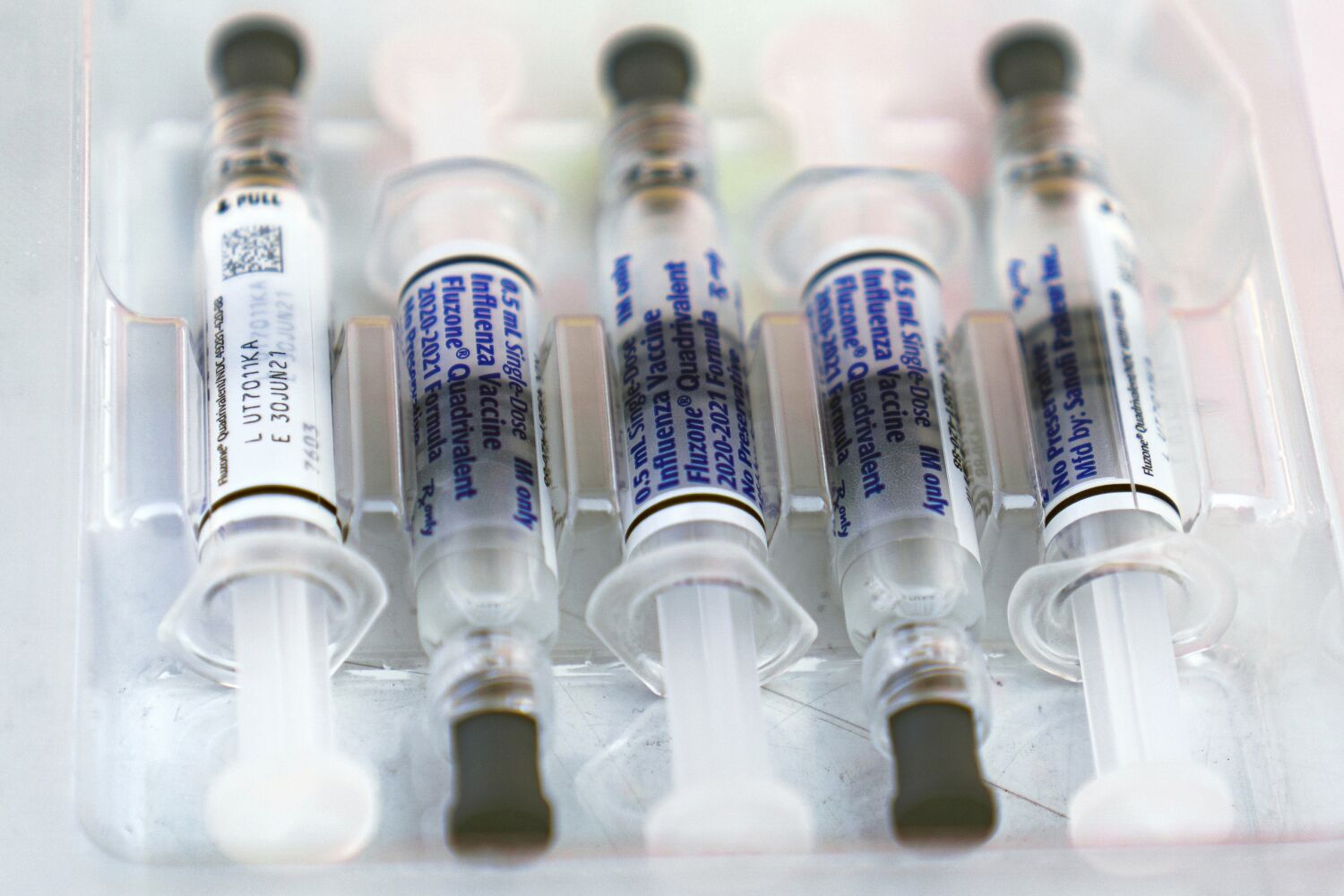 The flu is being picked up in Southern California this time of year, a trend officials say could herald a difficult season after a pandemic-induced lull.

Overall influenza activity in California remains low at this time, according to the state Department of Public Health. However, with the flu starting to ramp up across the country, typically in late November or December, any above-average readings now could create more challenges.

The current level of flu activity is “much higher” compared to years prior to the pandemic, the Los Angeles County Department of Health said in a bulletin for health care providers. “In previous years, an early start to the season was associated with a season of significantly higher influenza activity.”

Barbara Ferrer, the county’s director of public health, put it bluntly: “The flu is definitely circulating here in LA County.”

“I think actually at this point in the year we have a higher percentage of samples testing positive for flu than we typically have in a normal flu season,” she said Thursday.

Nationwide, 4.4% of influenza tests reported to the CDC in the week ended Oct. 15 were positive, agency data shows. That’s up from 2.8% in the previous week.

Officials generally recommend the flu shot for people 6 months and older. This year, officials are also suggesting that those aged 65 and older receive turbocharged flu vaccines, which are considered higher doses or “adjuvanted,” which help trigger a stronger immune response.

However, some doctors say seniors should not unduly delay vaccination if they cannot find a higher-dose vaccine. Getting a standard flu shot may be a better decision than waiting — especially if you’re at higher risk of infection or serious health consequences.

Recent data from LA County shows that 8.5% of lab samples tested at the county’s Sentinel labs tested positive for the flu. That’s a lot higher than in recent years, when the positivity rate was less than 4%.

“In 2017-18 and 2019-20, an early start to the [flu] The season heralded seasons with significantly higher indicators of influenza activity and severity,” the county said in a bulletin.

Influenza, the Bulletin goes on to say, “is associated with serious illness, hospitalizations and deaths, particularly among older adults, very young children, pregnant women and individuals of all ages with certain chronic medical conditions.”

San Diego County is also warning of a “quick and early start” to the flu season. Health officials have reported several large suspected respiratory outbreaks this month, including outbreaks of disease in schools.

“Get tested for COVID-19 and the flu if you develop respiratory symptoms and stay away from others if you’re sick,” said Dr. San Diego County Health Officer Wilma Wooten in a statement.

Health officials say vaccination, especially now, remains the best way for residents to protect themselves from both influenza and COVID-19. Dwellers can get both shots at the same time.

“One reason we’re telling people to get both at the same time is because everyone should be getting these shots now,” Ferrer said. “Flu is here.”

For people who would rather get the flu and COVID-19 booster shots on separate days, Ferrer suggested not waiting long between them.

“You don’t have to wait in between. So I don’t think it really matters if you get your flu shot today and you get yours [updated COVID-19] bivalent boosters tomorrow,” she said. “But I would urge people to do both, either very close together or at the same time.”

To schedule an appointment for a flu or COVID-19 shot, or to find an ambulance near you, visit MyTurn.ca.gov.

After ALCS win, Astros in pursuit of perfection