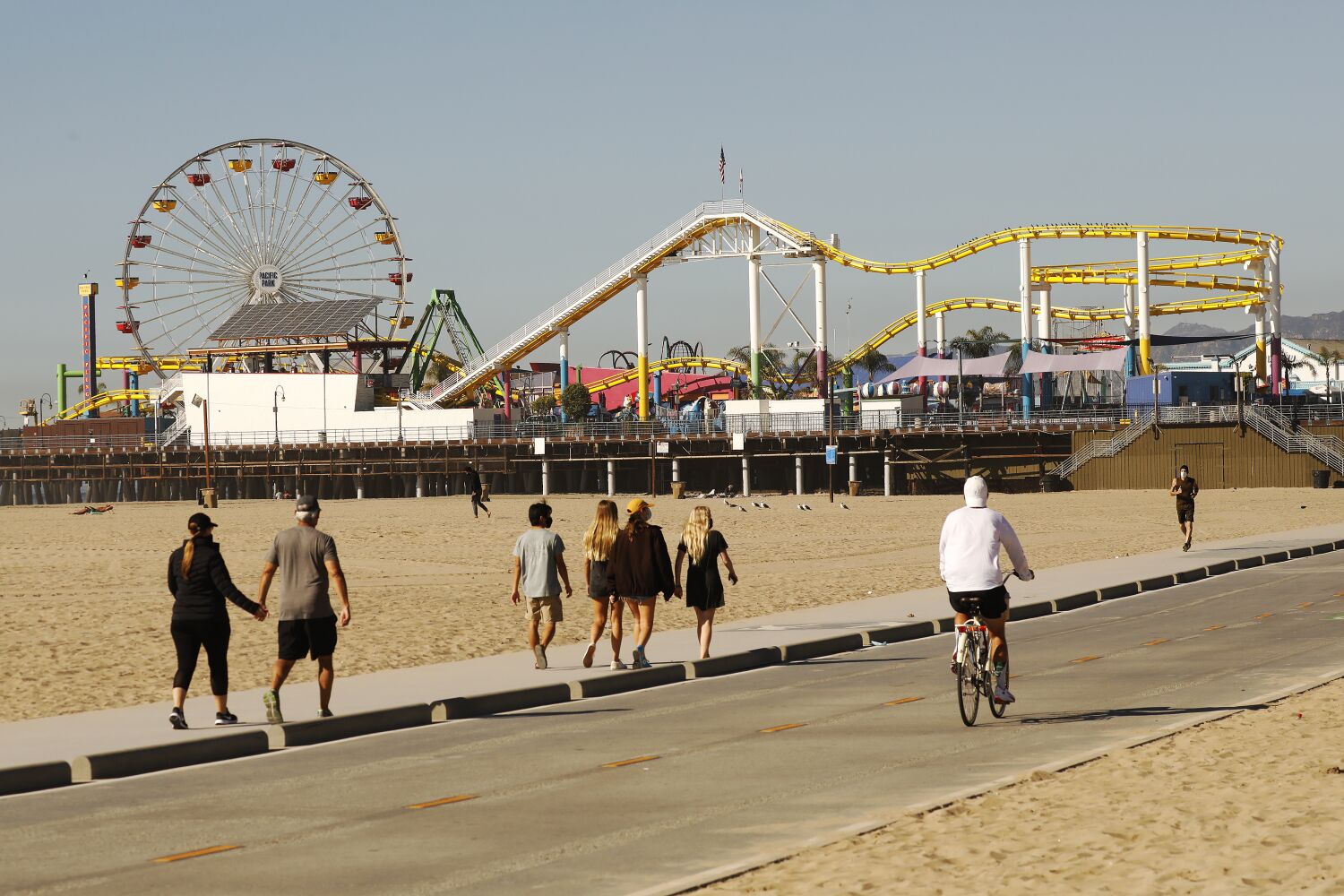 Storms are expected to hit southern California earlier this week, drenching the region and battering it with strong winds through Election Day.

Stewart said the storms are expected to bring at least an inch or two of rainfall throughout the region, which stretches from San Luis Obispo County to Los Angeles County, with a possible 3 inches or more in the foothills of the San Gabriel Mountains. The rain is likely to start Sunday night on the Central Coast before gradually moving into Los Angeles County Monday, she said.

The heaviest rains are expected on Tuesday, she said. The storm system is also expected to bring strong winds to the region, with gusts of 30 to 50 mph across much of the region and over 60 mph in Antelope Valley, Stewart said.

“This storm system looks like it’s going to last quite a long time,” said Casey Oswant, a weather forecaster with the National Weather Service in San Diego who also tracks trends in Orange County and the Inland Empire. “The most significant rainfall that we expect will really be on Tuesday. … During this time, people should expect periods of moderate to heavy rain, particularly as they near the foothills of the San Bernardino Mountains.”

Winds are expected to be strongest in the mountain areas and in the Apple Valley and Lucerne Valley areas, Oswant said, with gusts in excess of 50 miles per hour. And high elevations — between 7,000 and 8,000 feet — could get up to 2 feet of snow, she said.

As California candidates and political activists eyed forecasts for a stormy election day, many have urged people to vote early, either at polling centers or by mailing in their ballots. The rain is expected to ease on Wednesday.

Oswant said that “we’re really on the lookout for possible flooding with this storm” as well as debris flows near burn-scarred areas.

Stewart also warned Southern Californians to drive carefully. “It’s much more difficult to stop when the roads are wet,” she said.

What You Need to Know About Breast Cancer Surgery