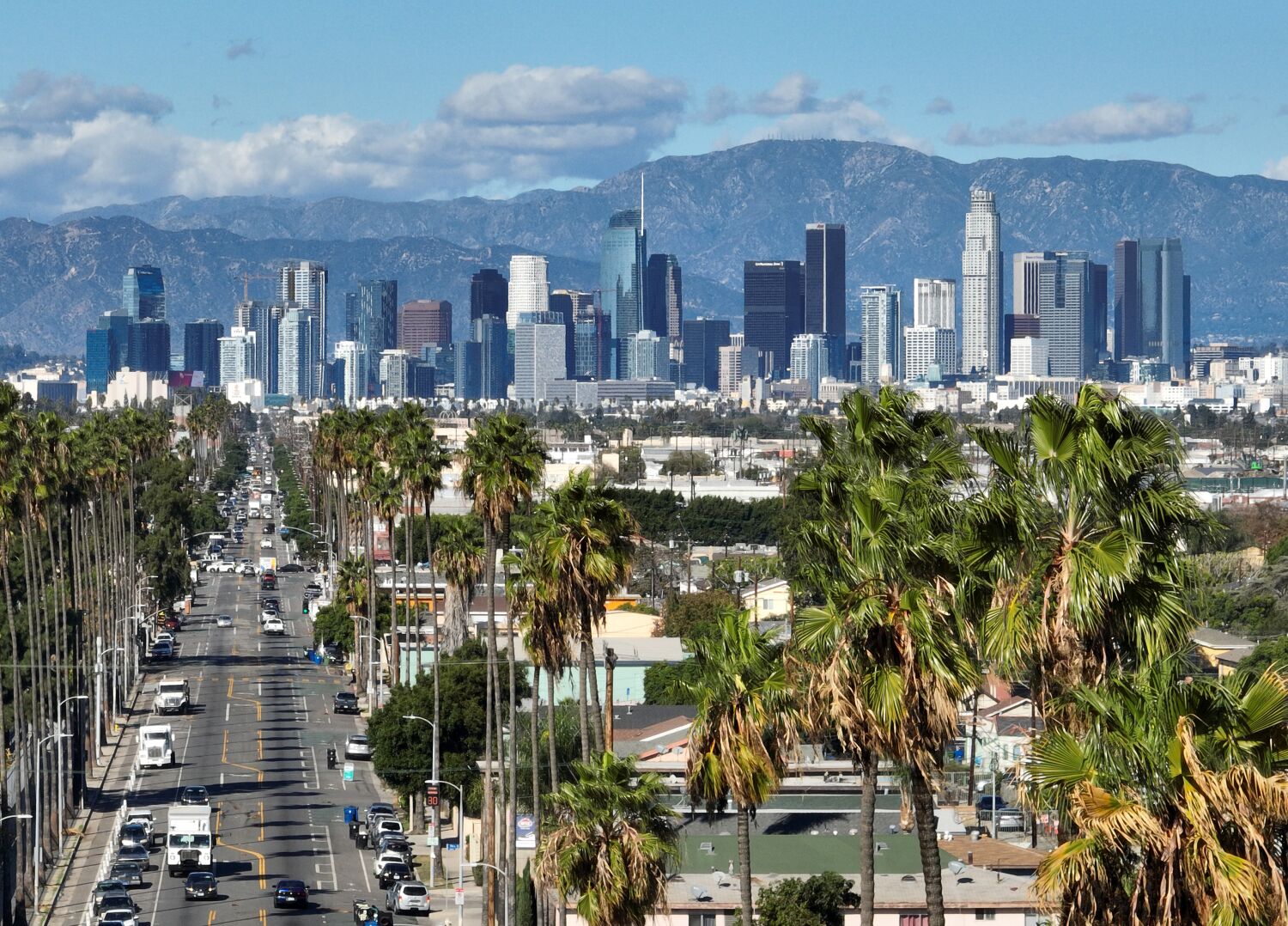 Southern California residents who are considering frying or grilling an al fresco Thanksgiving turkey might want to think twice this holiday season.

Thanksgiving Day is shaping up to be the warmest and windiest day of the week, and another in a series of Santa Ana winds is expected to fuel Southern California wildfires.

Santa Anas, easterly winds that develop due to high pressure over the Great Basin, such as the Nevada and Utah areas, typically come from the northeast and sweep over the mountain slopes into the Los Angeles area, according to the National Weather Service.

Winds could reach between 30 and 50 miles per hour on Thursday, according to the National Weather Service, with the strongest gusts in mountains and foothill areas, such as the Santa Clarita Valley, the Porter Ranch area and down the Malibu coast. Winds are expected to ease to around 25 to 45 miles per hour by Friday.

The Thanksgiving winds will be the third event in Santa Ana in a week after last week’s gusts overturned trucks, damaged electrical equipment and started a fire at a Fontana pallet yard.

“It could be similar to the previous one we had,” said NWS forecaster Rich Thompson. “But nothing bad.”

Thursday is also expected to be the warmest day of the week due to high pressure build-up, Thompson said. Temperatures could range into the low to mid 80’s with relative humidity levels near the 10% range, possibly even lower in some areas.

The warmer weather combined with lower humidity could increase wildfire risk in the region.

“Be careful with ignition sources and if you live in a fire-prone area, just be prepared in case something develops,” Thompson said. “Any fire that starts can spread very quickly.”

Thompson also recommended caution when driving high-profile vehicles that could be knocked over by the wind.

Over the weekend, temperatures are expected to cool into the mid 60’s to below the 70’s. There’s also a chance for light rain on Monday and Tuesday, but Thompson said weather models are still too far away to pinpoint timing and potential rainfall amounts

“It doesn’t look like a monstrous rain event or anything,” he added.

COVID a persistent threat in California thanks to BA.4, BA.5