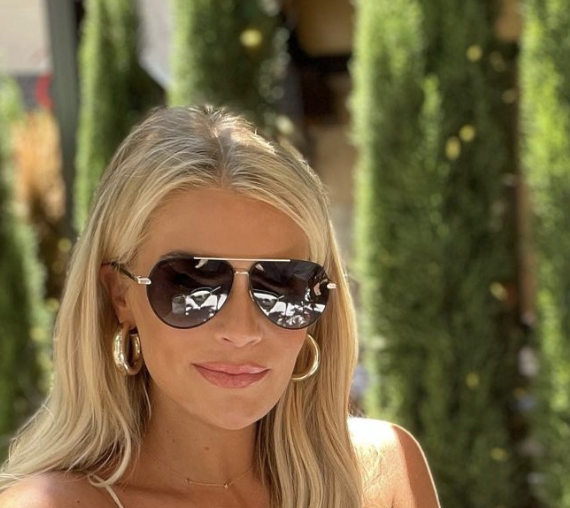 Madison LeCroy beat up her ex-boyfriend Austen Kroll after he referred to them as “F-King Medusa.”

Austin’s comments were made in response to the news that Madison had gotten engaged Brett Randle. And given how badly Austin and Madison had ended things, the former didn’t hold back how much he felt sorry for Brett.

Those comments are especially harsh since Austin and Madison had them dated around two years before dropping out in 2020. In his comments at the time, Austin said said: “What a poor bastard he is for a life of servitude to f–king Medusa.”

Madison didn’t like these comments very much for the following reasons. First of all, she hoped that if he had something to say, it would have been a lot tastier.

Second, the fact that Austin has now come out with those comments, her appreciation for him has only fallen since then. In answer her specified: “I thought I was actually pretty nice because I wish him the best. But you know, now I take that back.”

And that was just the beginning. Madison decided to retaliate in kind by referencing his Medusa remark. This was on the basis that she felt Austin’s comments stemmed from jealousy as things seemed cordial prior to announcing their engagement.

Therefore, this change in mood would suggest that there was an element of jealousy. your following comments Approved So much: “Well, if I were Medusa, I would have turned his ass to stone a long time ago.

“It wasn’t until I got engaged – then he started talking bad about me. Because if you go back to the first episode, you know he’s still playing games, and then I get engaged and he’s instantly upset.”

It’s safe to say that it was for the best that the couple decided to go their separate ways. So there you have it folks. What did you think? Do let us know your thoughts in the comment section below.

https://dailysoapdish.com/2022/07/southern-charms-madison-lecroy-blasts-her-ex-austen-kroll-for-calling-her-f-king-medusa-i-would-have-turned-his-ass-to-stone/ Southern Charm’s Madison LeCroy Blasts Her Ex Austen Kroll For Calling Her ‘F–king Medusa’-‘I Would Have Turned His Ass To Stone’

Biden endorses Palestinian state but admits it's 'far away'

SR 2 closed both directions at Stevens Pass due to wildfire