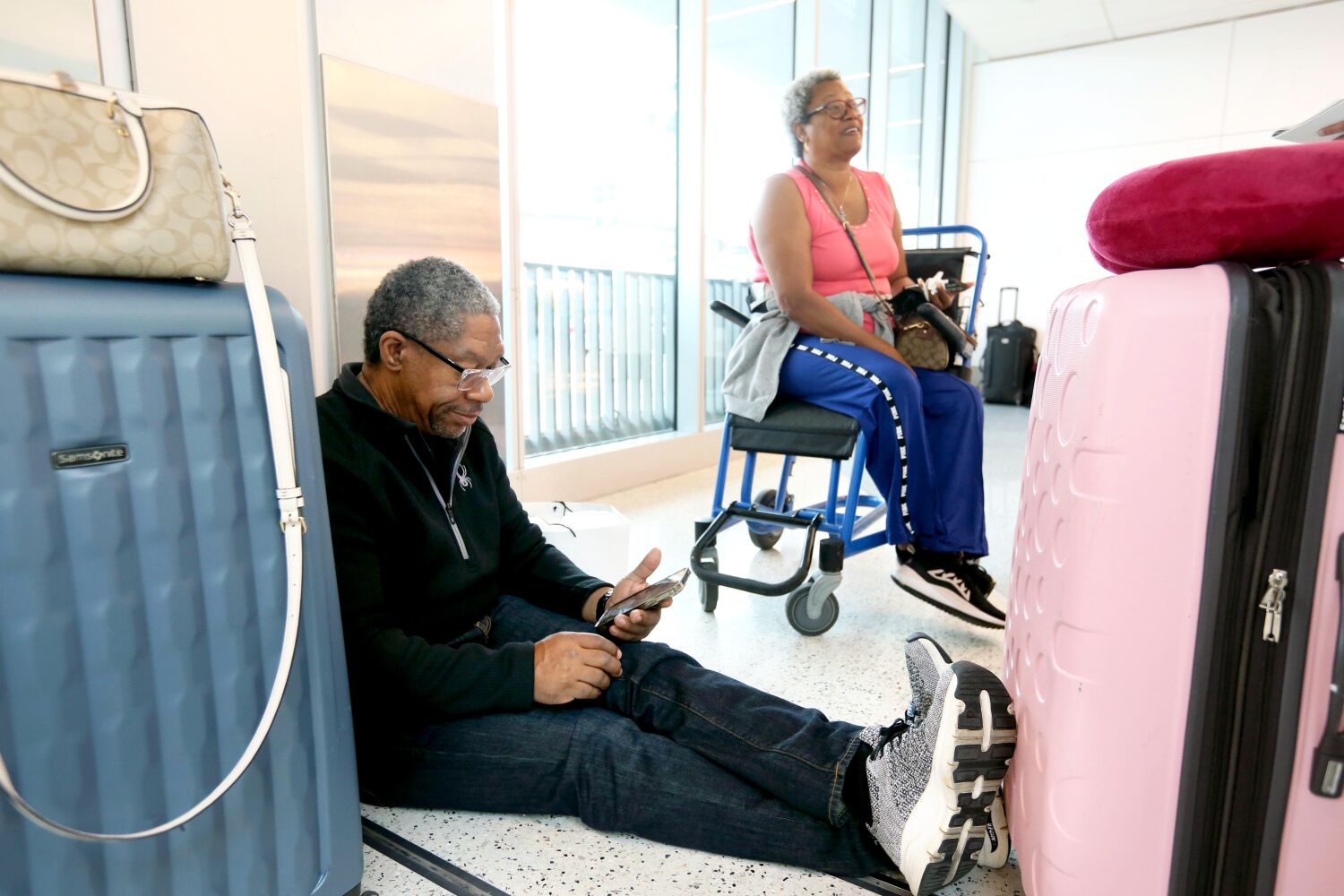 After a historic meltdown that forced Southwest Airlines to cancel more than 50% of its flights over the past eight days, the airline appeared to be running smoothly on Friday, reporting minimal cancellations and delays.

According to website FlightAware, less than 1% of Southwest’s U.S. flights were canceled as of Friday morning — a marked improvement from earlier in the week, when the airline was operating at a third of its normal schedule.

A welcome change that arrived just in time for the next wave of travel around New Year’s Eve.

Southwest Airlines Chief Executive Bob Jordan apologized Friday for the cancellations that stranded passengers and crew across the country.

“We’ve never seen that in our 51 years,” Jordan said on Good Morning America. Passengers can expect refunds for tickets and expenses, he said.

“This has impacted so many people, so many customers, over the holidays. It’s had an impact on our people,” Jordan said. “I am very sorry about that. There is almost no way we can apologize enough because we love our customers, we love our employees and we have really impacted their plans.”

A severe storm that ravaged the nation wreaked havoc at the airport just before Christmas, putting all airline operations in question. But as other airlines rallied, Southwest struggled on. Industry experts and union leaders said the storm uncovered outdated technology and vulnerable operations that hampered the airline’s ability to deftly relocate its services.

Although service appeared to have been restored as of Friday morning, the airline still faces serious challenges including restoring its reputation and dealing with thousands of passengers who experienced disruptions to holiday travel, incurring additional costs for alternative travel or still after their luggage search.

“Southwest Airlines will handle things like rental cars, hotel rooms, meals and booking customers with other airlines,” the airline said in a statement on Friday. “All of that will be part of what we cover here as we reimburse our customers and fix this issue.”

The airline set up a website where customers can submit refund and reimbursement requests for meals, hotels and alternative transportation, and get in touch with baggage. The airline promises to honor “reasonable requests for reimbursement for meals, hotel and alternative transportation” on a case-by-case basis for issues that arose from December 24 to January 2.

According to FlightAware, the airline canceled more than 15,000 flights from December 22 to Thursday.

The Southwest Airlines terminal at Los Angeles International Airport appeared to be operating normally Friday morning, with dozens of people waiting to check in for flights and a steady stream of travelers moving around the airport. Departure and arrival boards showed that the flights were on time with a few exceptions.

Southwest reported about 300 delayed flights across the country as of Friday, or 7% of its operations, according to FlightAware.

Claudia Pineda’s 5am Southwest flight from Austin-Bergstrom International Airport was delayed due to mechanical problems – one of 55 flights from all airlines that arrived late at LAX on Friday, according to FlightAware.

Passengers on Pineda’s flight had to change planes and didn’t depart until after 7 a.m., she said, adding concerns the flight might not make it to LA

“We saw again and again that all flights were cancelled. We didn’t know what to expect,” said Pineda. “But apart from the delay, it was a seamless experience.”

Arianna Brooks, a routine Southwest flier, dreaded the same 5am flight from Austin after a week of airline cancellations flooded the news.

“This was my first experience where we were so late,” Brooks said after arriving in Los Angeles for the holiday weekend. “My prospects for Southwest were good, but they really need to pull themselves together.”

Venetia Robinson, from Oakland, arrived at LAX just before 9 a.m. to visit family in Southern California over the holiday weekend.

Not sure if the flight would be delayed or canceled, she tried to rent a car and drive to Los Angeles but couldn’t find one available in her area.

She called Southwest before the flight.

“I was surprised I caught an agent,” said Robinson. She dared and found it was an easy journey.

“On the flight, you could hear it in the staff’s voices,” Robinson said. “They explained everything and were very accommodating.”

Other passengers were still trying to get home after being delayed for several days.

Yvette Peters, husband Stanley and teenage daughter Kayla from Atlanta were stranded in Hawaii earlier in the week.

Two flights to the mainland were canceled in five hours, Stanley Peters said Friday morning as he sat on the floor in the Southwest Airlines terminal at LAX.

“We couldn’t rent a room or a car because the island was fully booked with vacationers,” said Yvette Peters.

Earlier in the week, she tried to reach someone at Southwest, but ended up on the phone for five hours.

They booked a flight on Hawaiian Airlines to return to the mainland and were scheduled to fly southwest to Arizona on Friday, then home to Atlanta early Saturday.

The family has seen many disgruntled customers arguing with Southwest employees over the past few days.

“You might as well smile,” said Yvette Peters. “What can you do about it?”

Still, the family is troubled by how little remorse Southwest has shown them.

The airline’s offer of compensation had not reached Peters on Friday morning. So far, according to Stanley Peters, it has only offered a $100 coupon.

“Southwest should be concerned about their passengers,” said Yvette Peters. “You should compensate people for all this inconvenience.”

Teen killed, another injured in crash near Springfield, TN

The Chamber of Commerce’s House of Horrors