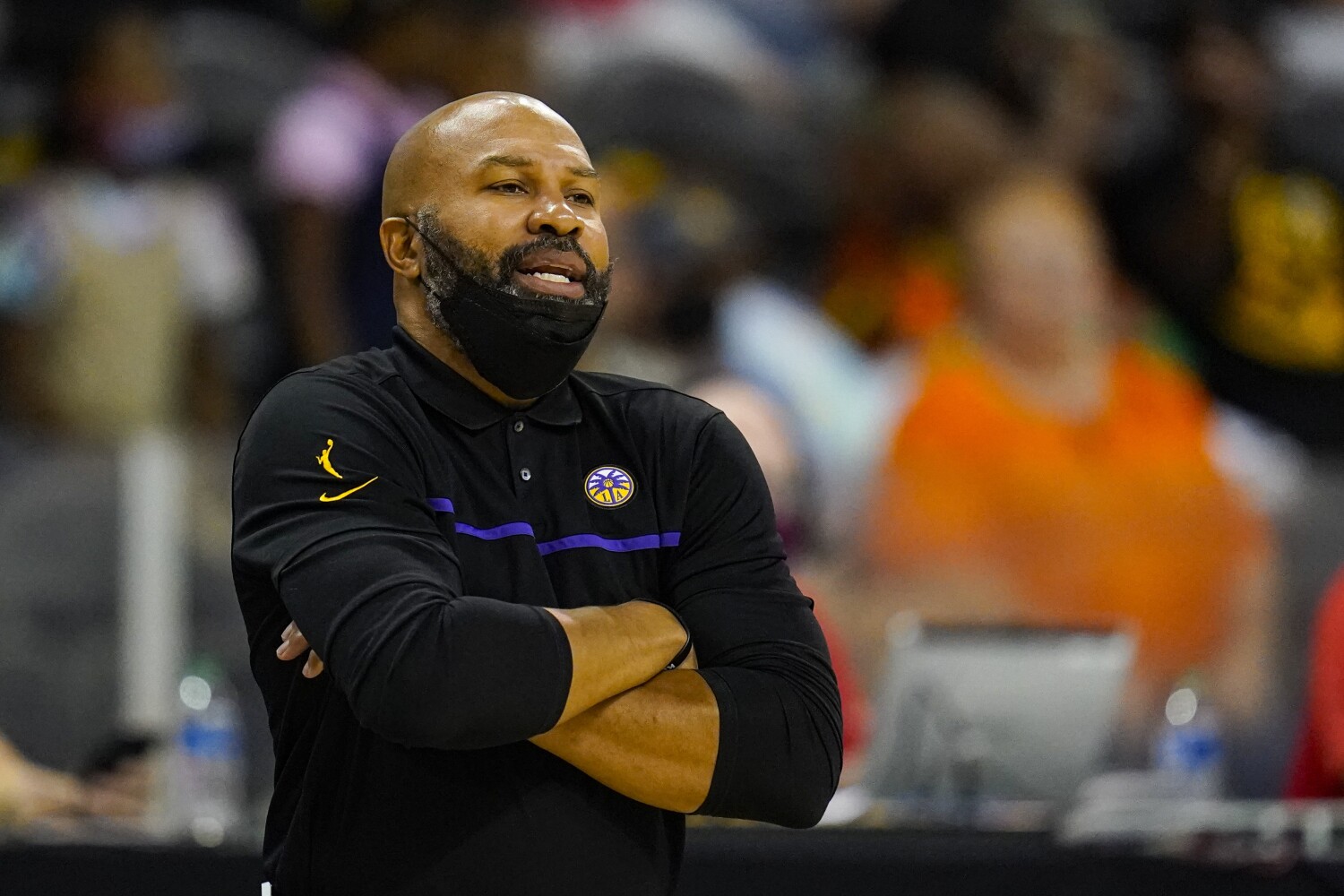 Derek Fisher and the Sparks have mutually agreed to part ways after a disappointing 5-7 start to the season, the team announced Tuesday, releasing him from head coaching and general manager duties. Fisher’s less than four-year tenure ends with a 54-46 overall record and a 1-4 postseason mark.

Assistant coach Fred Williams will serve as interim head coach for the remainder of the season. Williams has already been hired as the assistant head coach of the Auburn women’s basketball team, a role he accepted last month. The Sparks next play the Las Vegas Aces at the Crypto.com Arena on Saturday.

“Following a thorough assessment of the state of our team, the Sparks and GM/Head Coach Derek Fisher have agreed to go their separate ways,” managing partner Eric Holoman said in the team’s statement. “On behalf of our ownership group, I would like to thank Derek for his efforts and contributions to the Sparks franchise. We wish him all the best for the future. I have full confidence in Fred Williams who will take on the role of interim head coach and brings a wealth of experience leading WNBA teams.”

Hoping to recover from the first missed postseason since 2011, Fisher assembled a talented roster in his capacity as general manager. With new stars like center Liz Cambage and point guard Jordin Canada joining 11-year-old forward Nneka Ogwumike, the Sparks have been one of the most intriguing teams in the league, especially after starting the season with back-to-back road wins.

The bright start quickly turned into a five-game losing streak made worse by the team’s brutal schedule earlier in the season. The Sparks had eight of their first 11 games away and never went more than two straight days without a game in May. The busy calendar limited valuable practice time the team could have used to build their chemistry with eight new players, but Fisher took solace that four of the team’s first six losses totaled 13 points as a sign things were changing could.

In their first extended practice opportunity of the season, the Sparks lost to the Phoenix Mercury 81-74 on Sunday.

Now the five-time NBA champion has been fired from his second head coaching job. The former Lakers point guard was released in 2016 in the middle of his sophomore season with the New York Knicks with a 40-96 record.

Fisher was hired by the Sparks in 2018, replacing Brian Agler, who resigned after four seasons. Since Agler led the team to the 2016 championship, the Sparks have gradually faded from WNBA prominence. They were one win away from repeating as champions in 2017 – losing in five games in the Finals to the Minnesota Lynx – and then losing in the second round of the playoffs in 2018.

While Fisher enjoyed regular-season success in his first two seasons — his 37-19 record gave him the second-highest regular-season wins in that era behind only Las Vegas’ Bill Laimbeer — Fisher’s Sparks- His tenure he benched star Candace Parker in Game 3 of the 2019 WNBA Semifinals. As Connecticut swept the Sparks out of the playoffs, Parker was fuming on the bench after playing just 11 minutes in the last game.

The strained relationship between the WNBA’s two-time most valuable player and her coach loomed during Fisher’s first offseason as general manager, when Parker and point guard Chelsea Gray were both full free agents. When Fisher added general manager responsibilities to his role as head coach in 2021, it was intended to bring stability to a franchise that had relied on a mix of interim tags and assistants to fill in after former general manager Penny Toler fired in October 2019 had been used with a racial slur in the dressing room. The new role didn’t help, as Parker and Gray both left as free agents.

While the Sparks missed the playoffs last year, Parker led their hometown Chicago Sky to their first WNBA championship.

Tales of The Walking Dead to feature stars from X-Men: Apocalypse and Brooklyn Nine-Nine