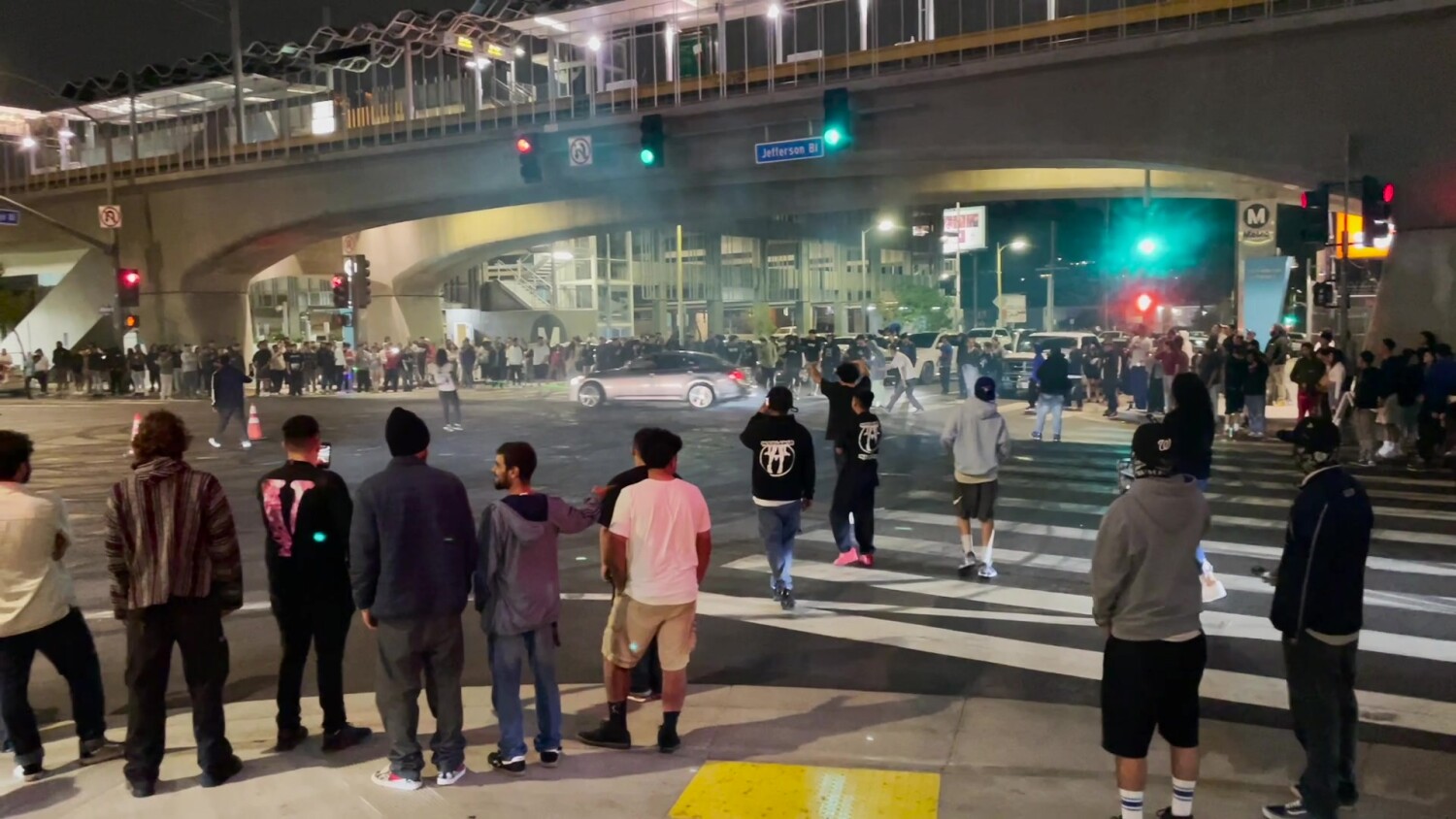 Curious onlookers were seen scaling the new 6th Street Bridge to catch a glimpse of riders performing burnouts and donuts on the viaduct over the weekend.

In video shared by KTLA on Sunday, at least two people can be seen atop the archway as plumes of smoke filled the viaduct below. Drivers were seen drifting on the bridge and performing donuts, causing a traffic jam.

Spectators eventually descended from the archways of their own accord, and it’s unclear if anyone was arrested. The bridge was open to normal traffic from Monday morning.

Street takeovers and races have become more common on the streets of Los Angeles lately and can easily be deadly. In June, two women were killed in a Compton takeover after their limousine collided with an SUV as it was going in a circle at an intersection.