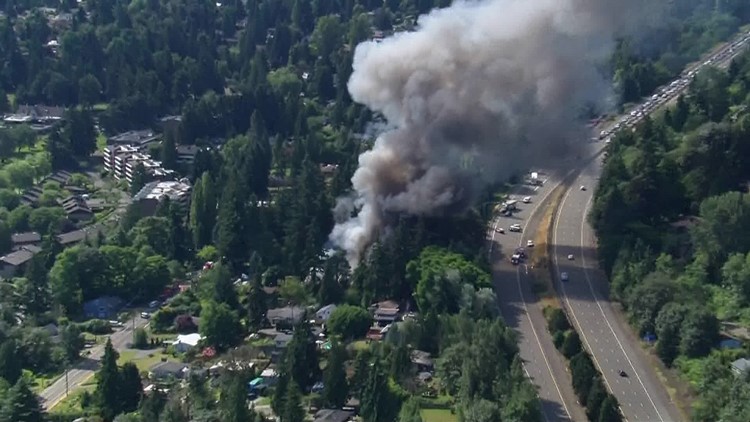 King County Fire District No. 2 (KCFD) said in a tweet The fire was near 104th and 8th Ave South. A huge cloud of smoke could be seen from the house, there were no injuries.

According to officials, SR 509 was fully reopened about two hours after the fire was first reported.

Washington Department of Transportation (WSDOT) tweeted just after 10 p.m that a lane of northbound SR 509 near South Cloverdale Street in South Seattle had been reopened because of the nearby fire.

WSDOT said rescue workers were at the scene.

What caused the fire is still unclear at this point in time.