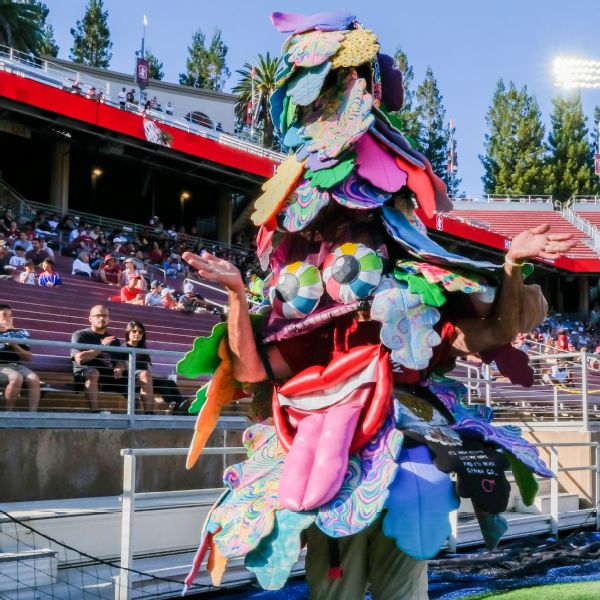 The person who serves as the Stanford Tree’s mascot was suspended after unfurling a banner that read “Stanford hates fun” during the Cardinal’s football game against Arizona State on Oct. 22.

A spokesman for Stanford’s athletic department confirmed the suspension, stating, “The students that make up the Executive Committee of LSJUMB have suspended the Tree mascot for a violation of the band’s policies and processes.”

A person who previously served as the tree will assume mascot duties during the suspension.

Hey, previous tree (#43) here. Some of you asked, so I’ll get that straight @lsjumb Management made this decision in accordance with established band policy. But don’t worry, I’m coming out of retirement until #44 returns in winter 😤☮️
-🌲43.

It’s unclear how long the lockdown will last. Messages to those associated with the tree and the marching band were not immediately returned.

The banner was unveiled during halftime of the football game with the help of the Arizona State Sun Devils mascot and came in response to perceptions among students that the university was suppressing “social opportunities,” according to the Stanford Daily — Stanford’s school newspaper. on the campus.

The Stanford Tree and Marching Band both have histories of suspensions. In 2016, the band was suspended for bullying, sexual harassment and alcohol abuse. In 2006, two students who served as Tree’s mascot were suspended: one after being ejected for dancing in an undesignated area during an NCAA women’s basketball tournament game; the other after her blood alcohol level measured 0.157 during a men’s basketball game against Cal.