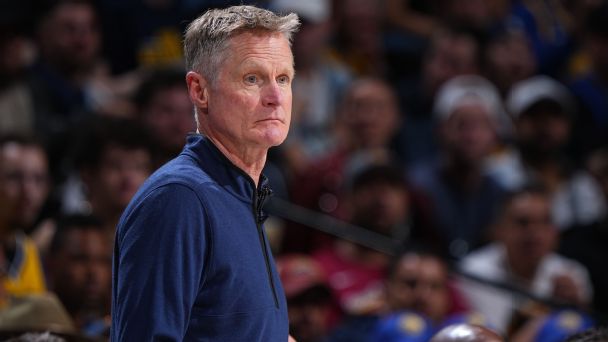 Steve Kerr doesn’t know how much longer the Warriors’ window will be open, and more from our NBA Quotes of the Week.

Warriors coach Steve Kerr on how much time the core of the Stephen Curry, Klay Thompson and Draymond Green team has left in their prime

“Things are definitely drastically different over there.”

“The main guy that a lot of us had to get used to was Pat. But he gives good messages. And he said this thing once, he said, ‘If I scream I love you, don’t you get mad, you know what I mean?’ So listen to the message, not the tone.”