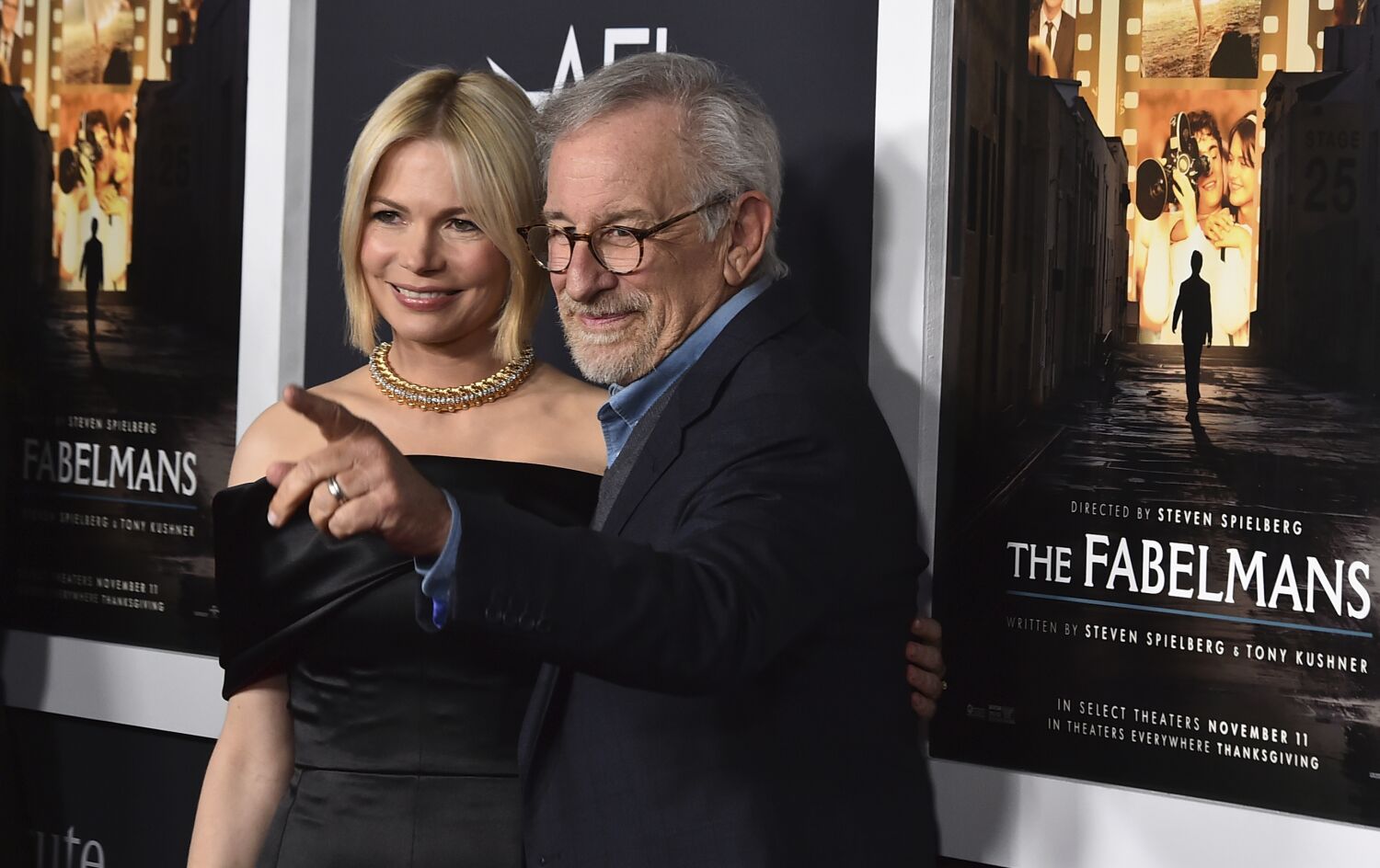 Steven Spielberg did not attend the Gotham Awards on Monday after testing positive for COVID-19.

According to Deadline, Paul Dano revealed the director’s diagnosis during the ceremony while paying tribute to fellow “Fabelmans” actress Michelle Williams, who was scheduled to be honored by Spielberg that night in New York. Spielberg co-wrote and directed The Fabelmans, an autobiographical family drama starring Williams and Dano as a married couple and based on the filmmaker’s real-life mother and father.

During his introductory speech, Dano recalled reminiscing with Williams at the Los Angeles premiere of The Fabelmans about their beginnings in Hollywood.

“Michelle said, ‘I remember just driving across town looking for work,'” Dano said, according to Deadline. “I thought, ‘Imagine if this teenage girl knew that midway through her career with Gothams she was going to receive a tribute award from none other than Steven Spielberg, and what would she have thought?’

“And then I thought, ‘Well, what if we had to tell this girl that Steven has COVID?'” he continued. “She would say, ‘What is COVID?’ and that ‘Paul Dano wanted to introduce you?’ She’d be like, ‘Who the hell is Paul Dano?’”

While accepting her award, Williams marveled at the standing ovation she received and exclaimed, “What’s going on? …I shouldn’t even be out of the house. I just had a baby.”

How Rhiannon Giddens and Michael Abels made ‘Omar’ at LA Opera