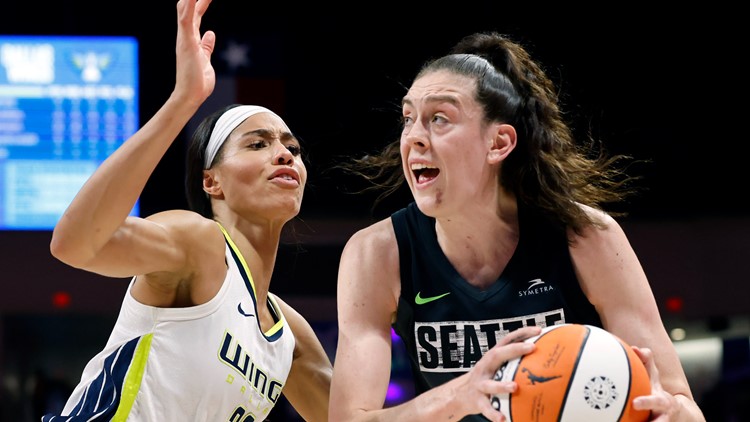 Stewart, who leads the league with a 20.2 point scoring average, made 12 of 22 shots with three 3-pointers and grabbed 11 rebounds for Seattle (7-5). The Storm clinched their first win on the road in their third attempt of the season. Jewell Loyd also hit three 3s and had 18 with five assists. Ezi Magbegor had 13 points and two blocks.

Dallas freshman Center Awak Kuier was the first player to dunk this seasonsteals the ball in half and finishes at the 4:09 mark to put the Wings at 16-10.

Ogunbowale’s three-point game with 12.9 seconds to go gave the Wings the final lead. Stewart followed with her free throws and Ogunbowale missed a 3-pointer on the last shot of the game.

Came down to the wire but we got the W!

How is AriZona Iced Tea still 99 cents as inflation soars?

Anthony Rendon might return to Angels’ lineup before end of season