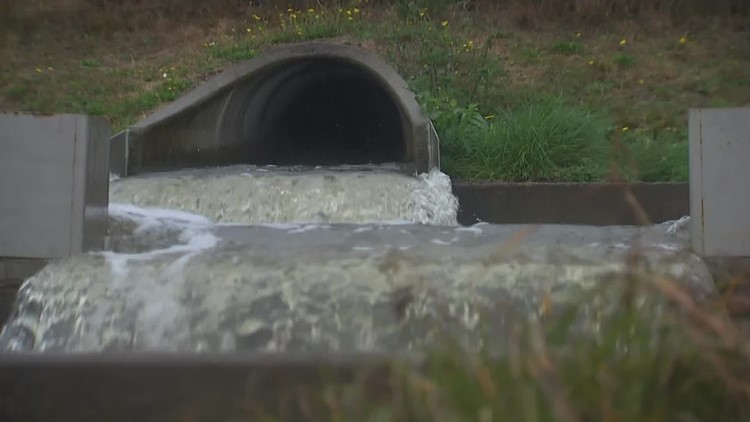 As western Washington prepares for heavier rains, Tacoma is working to clean up rainwater as it re-enters Puget Sound.

TACOMA, Wash – Heavy rain may have kept some people indoors, but for Dana de Leon, chief engineer for the City of Tacoma, this was the perfect weather.

“It’s rainwater and I love it,” she says, introducing Tacoma’s work in cleaning up rainwater before it returns to Puget Sound.

In 2015, the city began construction of a Rainwater Treatment Facility at the entrance of Point Defiance Park.

The facility is made up of six cascading pools that pass water through troughs and treatment cells before sending approximately eight million gallons of treated water back to Puget Sound.

Leon says it’s important that this work is done to erase decades of damage to the environment.

“We’ve had over a hundred years of industrializing Puget Sound, and it’s basically caused some areas to die, and the creatures to be destroyed,” says Leon. “So part of this is now past time, with the Clean Water Act, and funding facilities like this, we are cleaning the water right now and we can revive Puget Sound. .”

But climate change could present a new challenge to cleanup efforts.

Leon says the area could see more rainfall in the future, possibly washing more pollutants from the surface and sending them into stormwater, and eventually Puget Sound.

This is why Tacoma needs more facilities like this, Leon said.

Otherwise, the entire ecosystem could be harmed.

“We could kill more salmon, and if we kill our own, we could lose our southern resident orcas, and we don’t want to do that,” she said. “We want to clean up this water, preserve the salmon, preserve the entire food chain for Puget Sound.”

Puget Sound Regional Council said it plans to help set up other treatment facilities across the area, including Kirkland, Kitsap County and Puyallup.

Father Greg Boyle's 50 years on a mission of redemption