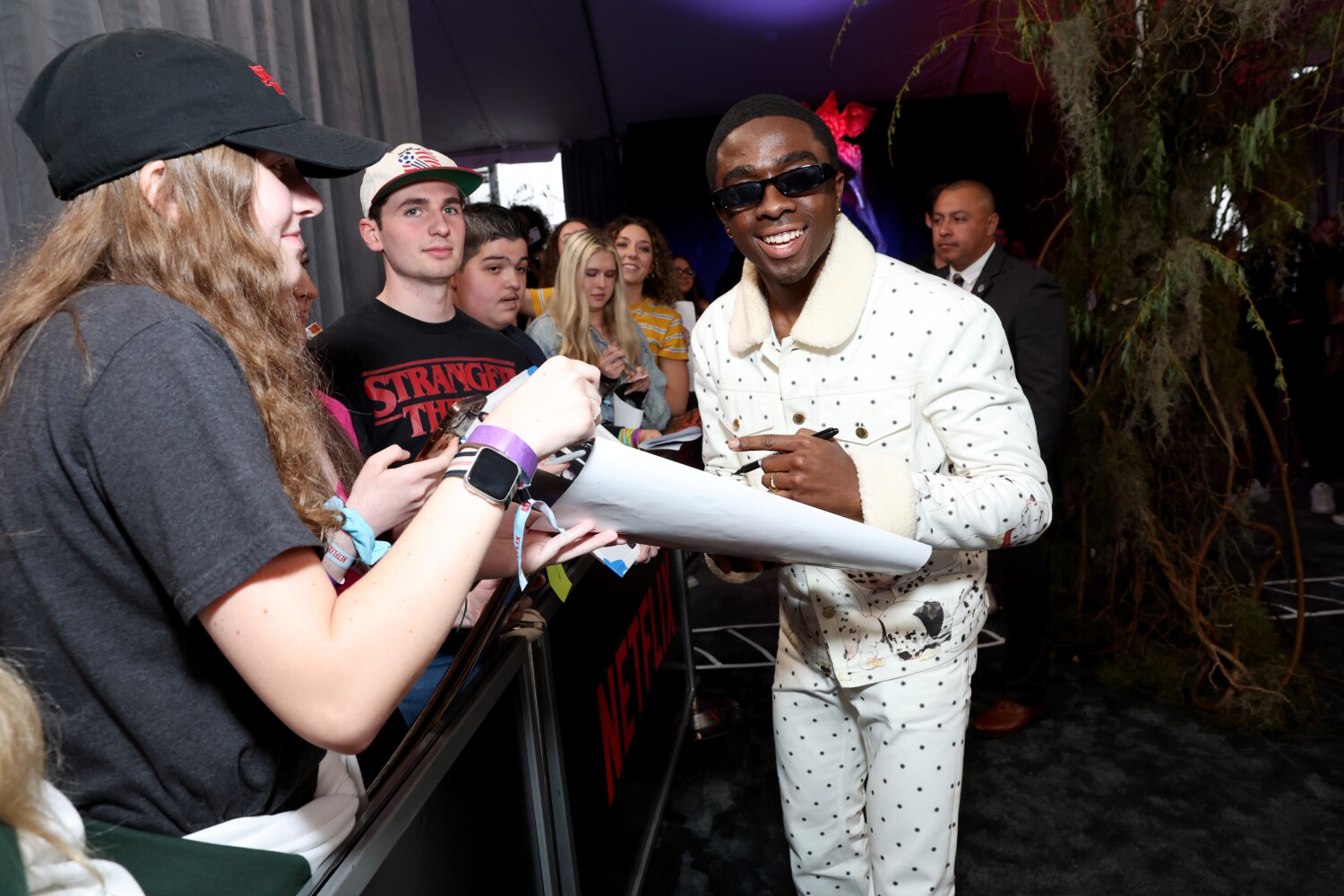 Warning: This article contains spoilers for the Season 4 finale of Stranger Things.

From the first kiss to the temporary breakup to the Season 4 finale, Stranger Things has been a rollercoaster ride for Lucas Sinclair and Max Mayfield since Sadie Sink’s character first arrived at Hawkins Middle School at the start of Season 2.

But when it came to filming Max’s heartbreaking is-she-or-she-not-dying moment, Caleb McLaughlin, who plays Lucas, said he had no warning of what he would experience that day.

“I didn’t even know we were doing the death scene that day,” he told the Hollywood Reporter. “So I just had to understand my feelings and my place in the scene. I knew my lines and what I was seeing before this happened. I don’t really like rehearsing scenes like that because I want my natural reaction.”

“I want to be real and raw in the moment,” he continued. “So I freaked out, just tried. Of course, as we did more takes, it got better and felt more real. And it helped with that [episode directors Matt and Ross Duffer] allowed me to improvise and capture the energy of the scene.”

McLaughlin also revealed to THR that the improvised nature of the scene required a lot of trial and error to get it right, from the flow of tears to the precise camera angle.

“They took close-ups of me and then close-ups of Sadie and then wide-angle shots of us together. And each time I really had to preserve the emotion of the scene. … . And we were in cold water – so cold water – and I cried again. It was really exhausting but it was great.”

And it wasn’t done at that point: Two weeks later, he said, they had to do it again to include Millie Bobby Brown’s Eleven in an alternate reality version of the scene.

Elsewhere, the 20-year-old admitted he didn’t know the artist behind the unofficial theme song of the season – Kate Bush’s “Running Up That Hill.”

Max’s favorite song keeps appearing throughout the season and plays a key role in the story, and again, Bush’s 1985 hit peaked at #4 on the Billboard Hot 100, more than 36 years after its initial release. The song also crept into McLaughlin’s mind.

He said he didn’t know whose tune would be repeated on Max’s Walkman until Sink told him it was Bush.