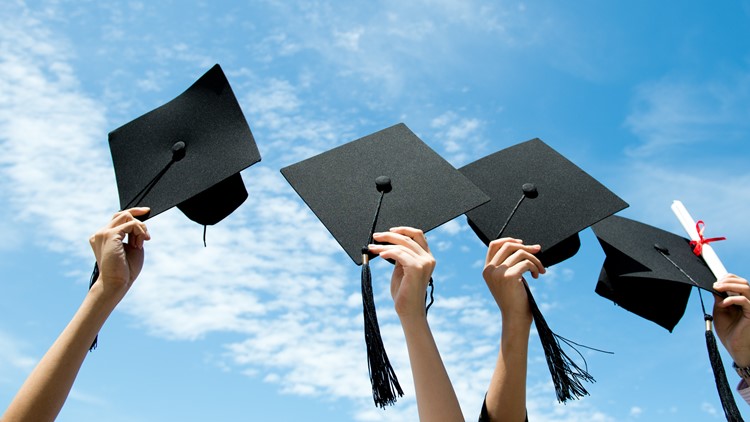 WASHINGTON — President Joe Biden on Wednesday announced a long-awaited plan to forgive some federal student debt — but not everyone qualifies.

Biden shared some basics on a Wednesday morning Twitter post, and the White House shared additional details in a press release. Here’s what we know about who qualifies for student loan forgiveness and who doesn’t.

Am I Eligible for Student Loan Debt Relief?

Those below that income limit can receive $10,000 in debt relief.

Some Borrowers Get Double the $10,000 Forgiveness: Pell Grant Recipients. These federal scholarships are awarded to students with “extraordinary financial need” and are based on FAFSA information, school costs, and other factors.

Biden’s initial announcement didn’t include details on other determining factors besides earnings, but more details should be available this afternoon.

Individuals who have borrowed through most state student loan programs are likely to be eligible, while private loans are unlikely to be included. The debt relief is expected to apply only to those currently holding student debt.

How to Apply for Student Loan Forgiveness

The White House said nearly 8 million borrowers could be eligible for automatic relief because their relevant income information is already available to the Department of Education.

According to Wednesday’s announcement, the Department of Education will establish a “simple application process for borrowers to apply for relief” that will be ready no later than December 31.

What about federal student loan payments?

First, the pause in federal student loan repayments will be extended “one last time” until the end of December, with borrowers resuming payment in January, according to Biden’s announcement.

The Biden administration is also proposing a rule to create a new income-based repayment plan. First, this plan would limit student loan payments to 5% of a borrower’s monthly income. It says this is “half the rate” borrowers typically pay and will reduce the average annual student loan payment by more than $1,000.

This plan would also forgive loan balances after 10 years of payments (rather than 20) for borrowers with balances of $12,000 or less.

Finally, the Biden administration says this plan would cover unpaid monthly interest, “so unlike other existing income-based repayment plans, the borrower’s loan balance does not grow as long as he makes his monthly payments — even if that monthly payment is $0 because of his income.” -dollar is low.”

Negotiations on forgiveness of student loans have dragged on for months, with some Democrats calling on the president to do more and Republicans opposing mass debt relief efforts. Complaints about the plan are possible and could affect the schedule.

According to recent Department of Education data, more than 43 million Americans owe a total of $1.6 trillion in student debt held by the federal government.

The Education Data Initiative says nearly a third of all student loans are $10,000 or less in government student loans. Canceling $10,000 could settle these borrowers’ accounts and significantly reduce the balances of others — nearly 75% of student borrowers owe $40,000 or less.

According to the Federal Reserve, borrowers with higher levels of debt are generally more educated. However, probably because of the higher earning potential, these borrowers were less likely to default on their loan payments. The Fed says that by 2021, just over half of all Americans who have ever taken out debt for their education will have paid it off in full.

The Department of Education also recently revoked its recognition of an accrediting agency that oversees primarily for-profit colleges like ITT Tech and Corinthian Colleges, which are the subject of another targeted student debt relief program.

The Department recently added more flexibility to the Government Loan Forgiveness Program, a program created by Congress that forgives loans for government and nonprofit employees after 120 monthly payments. As part of a short-term fix announced in July, borrowers have until October 31 to receive a credit for past payments that would otherwise not qualify.

Blasts, Benny, bling ... and a hot dog straw? What went right for the New York Yankees in the Subway Series

Where is the Queen going to be buried? | Funeral details released