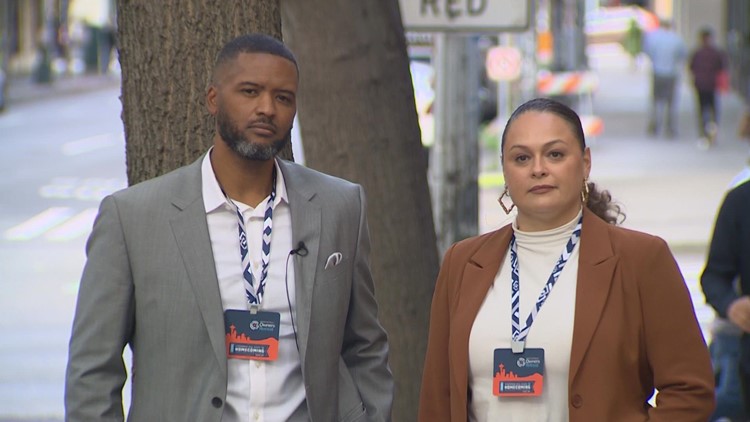 SEATTLE — A report by the Washington State Homeownership Disparities Work Group and the Department of Commerce found that more than 143,000 BIPOC households would need to become homeowners to close the gap between white and BIPOC households in the state.

Jasmyn Jefferson, who contributed to the report and is a co-owner of Windermere Abode Lakewood, said the homeownership rate among black Washingtonians is of particular concern: Only 31% of black households in Washington are homeowners, even fewer than when the Discrimination against housing was legal.

“The impact is worse than it was in the Jim Crow era,” Jefferson said. “They have lower homeownership rates among blacks than they did in the ’60s.”

David Jones, co-owner of Windermere Abode Lakewood, points to discriminatory practices in the industry in the past and the deep scars they left and are still being felt today.

“White families have benefited from redlining for so many years, and it just keeps spreading and intensifying,” he explained. “How do we solve something that has an exponential, compound effect over time? It’s a really challenging thing, especially after a pandemic where we’ve seen the injustices magnified because we’re all sitting at home.”

Jefferson also pointed out that real estate is currently in short supply across the board.

“Overall, Washington state ranks 50th in the nation in terms of units needed,” she said.

Jefferson said that King and Pierce Counties are announcing various initiatives to close the homeownership gap and that having this report is beneficial because it provides the necessary data to build on.

The report recommends policy changes to give BIPOC homebuyers more access to the market, but Jefferson and Jones said tackling implicit bias among policymakers and developers is critical and needs to happen soon before the gap widens.

“How can we inspire developers to close this gap? How do you get realtors to understand what’s happening in communities with this gap so implicit bias doesn’t affect how they’re treated and they’re not viewed as serious home buyers and sellers? Jefferson asked. “If we don’t do that, we will continue this cycle, the gap will widen, people will lag behind, we will not be able to keep up.”

“We need more intrinsic motivation, and to do that we need to teach the story as it was introduced,” Jones said. “I don’t think we’re going to have a policy that does that until we address the mindsets and implicit biases.”

Dodgers broadcaster Jaime Jarrín driven by his sense of duty

How to help Puerto Rico and the Dominican Republic after Fiona

You can help Ukraine by picking sunflowers in Bucks County