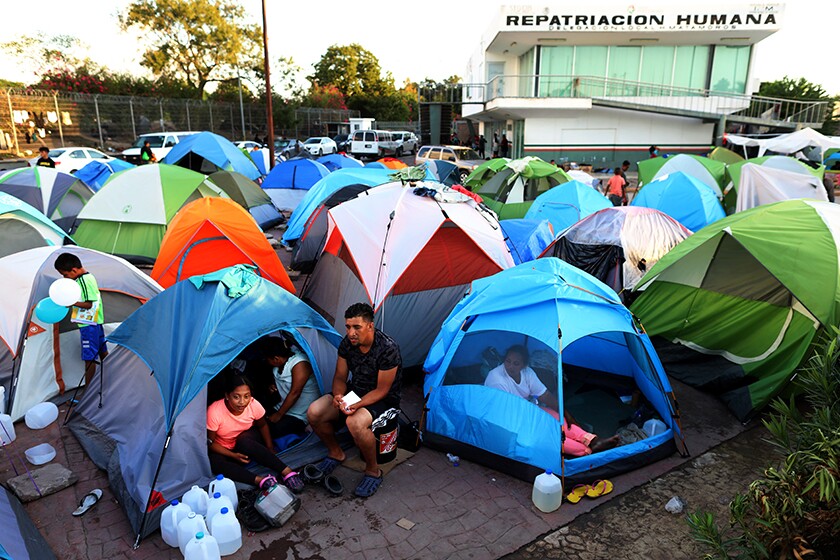 The Supreme Court on Thursday upheld President Biden’s sweeping authority to enforce immigration laws, ruling that he could overturn the Trump-era “stay in Mexico” policy that barred most Central American migrants from entering the United States, to apply for asylum.

Roberts said the law allows the administration to deport asylum seekers to Mexico, but doesn’t require them to do so.

Facing a wave of migrants at the southern border, Trump announced new policies in December 2018 to deter them. Central American migrants have been told they can no longer enter the United States at a border crossing, apply for asylum and request their release while their applications are pending, a process that can stretch over several years.

Instead, they were told they would have to wait in Mexico until their claims would be heard by an immigration judge.

Immigrant rights advocates condemned Trump’s policies as unsafe and inhumane. Biden signaled his intention to overturn it in his first days in office.

But the new administration faced strong legal challenges from Republican attorneys general in Texas and Missouri. They filed lawsuits, arguing that Biden’s reversal of Trump’s policies violated laws and procedural rules. And they won rulings from Trump-appointed judges who blocked the annulment.

Last year the Supreme Court dismissed the government’s claims and refused to intervene. But the judges agreed to hear the full arguments in April.

It was about conflicting provisions in immigration laws. Attorneys for Texas pointed out that most asylum seekers are said to be “detained” until their cases are heard, or the government “removes” them to the territory they entered.

Biden’s lawyers pointed to other provisions, which say asylum seekers can be paroled “on a case-by-case basis” for urgent or humanitarian reasons. They also argued it had been known for decades that immigration authorities did not have nearly enough detention facilities to hold all migrants with pending asylum claims.

Months after launch, the DJI Mavic 3 is a much better drone