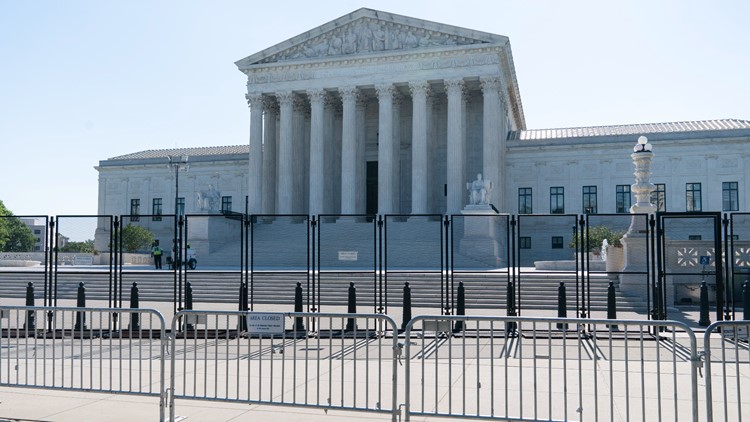 The 5-4 decision upheld a lower court’s decision that Biden duly overturned a policy that forced U.S. asylum seekers to wait in Mexico.

WASHINGTON — The Supreme Court ruled Thursday that the Biden administration gracefully ended a Trump-era policy that forced some U.S. asylum-seekers to wait in Mexico.

President Joe Biden suspended the program on his first day in office in January 2021. However, lower courts ordered its reinstatement in response to a Texas and Missouri lawsuit brought by Republicans. The current administration has sent far fewer people back to Mexico than the Trump administration.

At the heart of the litigation was whether immigration authorities had to send people to Mexico with far less detention capacity than required, or whether federal law gave them discretion to release asylum-seekers to the United States while they awaited their hearing.

About 70,000 people were enrolled in the program, officially known as the Migrant Protection Protocols after President Donald Trump created it in 2019 and made it a core part of efforts to deter asylum seekers.

After Biden suspended the program, Homeland Security Secretary Alejandro Mayorkas ended it in June 2021. In October, the department advanced additional justifications for the policy’s demise, without success in court.

The program resumed in December, but by the end of March barely 3,000 migrants had signed up, while authorities stopped migrants at the US-Mexico border about 700,000 times.

Ukraine and Russia Grapple with Relentless Battle and Attrition

The Many Mysteries, Twists and Questions of 'Westworld' Season 4, Explained