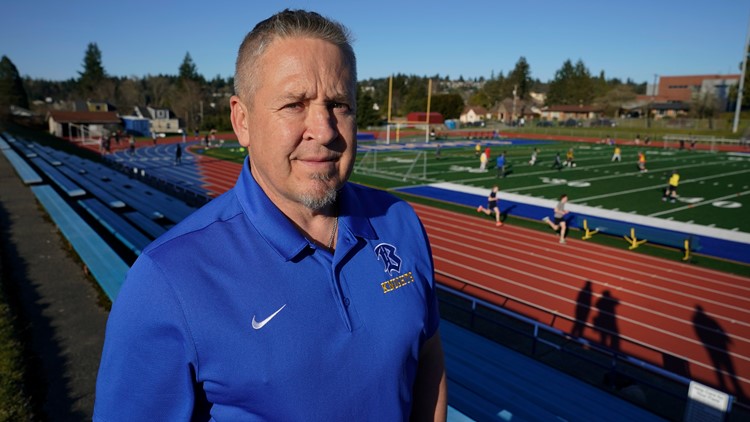 BREMERTON, Wash. — The U.S. Supreme Court on Monday sided with a former Bremerton High School football coach who lost his job for refusing to pray on the field after games.

The court ruled 6:3 for the trainer based on ideological aspects. The judges said the coach’s prayer was protected by the First Amendment.

“The Constitution and the best of our traditions advise mutual respect and tolerance, not censorship and repression, of both religious and non-religious views,” Justice Neil Gorsuch wrote for the majority.

The case forced the judges to wrestle with how to balance the religious and freedom of expression rights of teachers and coaches with the rights of students not to feel pressured to participate in religious practices. The result could increase the acceptance of some religious practices in the public school environment.

The decision is also the latest in a series of Supreme Court rulings for religious plaintiffs. In another recent example, the court ruled that Maine cannot exclude religious schools from a program that offers grants for private education, a decision that could give religious organizations easier access to taxpayer money.

That the court ruled in favor of the coach is perhaps not surprising. In 2019, the court declined to take up the case at an early stage, but four of the court’s conservatives agreed that a lower court decision in favor of the school district was “disturbing” for its “understanding of the rights to free speech in public.” Schools” be teachers.”

When the lawsuit was first filed, former Bremerton High School football coach Joe Kennedy claimed he was fired from his job after refusing to stop public prayer.

Kennedy had a custom of kneeling and praying on the field after a game.

The choice was between the former coach’s right to freedom of religion and the student’s right not to feel pressured to participate.

“It’s a very dangerous day in America to think of all the school children in this country, where schools are supposed to welcome children who feel alienated and potentially excluded if they don’t pray to play,” said Rachel Laser , President and CEO of Americans United for Separation of Church and State, who also represents the Bremerton School District.

The school district argued that a coach who engages in public prayer violates the student’s freedom of religion as it may push students to pray, which could open the door to suing the district.

On the other hand, Kennedy officials argued that he had the right to pray on the field.

“What’s at stake in this case is, quite simply, whether or not (a) coach can kneel alone in silent prayer for 15 to 30 seconds, and what that will mean for every public school teacher and coach across the nation ‘ said attorney Jeremy Dys, representing Kennedy in the lawsuit.

Kennedy, who began working at Bremerton High School in 2008, prayed and guided students and players for years after the Games, but it wasn’t until 2015 that the school district found out and asked him to stop praying and engage in openly religious activities. Kennedy stopped leading the students to pray, but wanted to continue praying, with the students having an opportunity to join. The district informed Kennedy that he could only pray in private.

Kennedy also led the team to pray in the locker rooms before a game.

Kennedy was placed on paid leave, according to the school. He continued to pray after being asked not to. After that, his contract expired and was not renewed. He did not reapply the following year.

Both practices of praying after and before games are practiced by other coaches in different counties, a King’s High School football coach said at the time.

A More United, Better-Armed Opposition Can Bring Democracy to Myanmar

Pandemic-paused chef is now slinging sandwiches in a medical building

The Limits of ‘Stop the Steal’