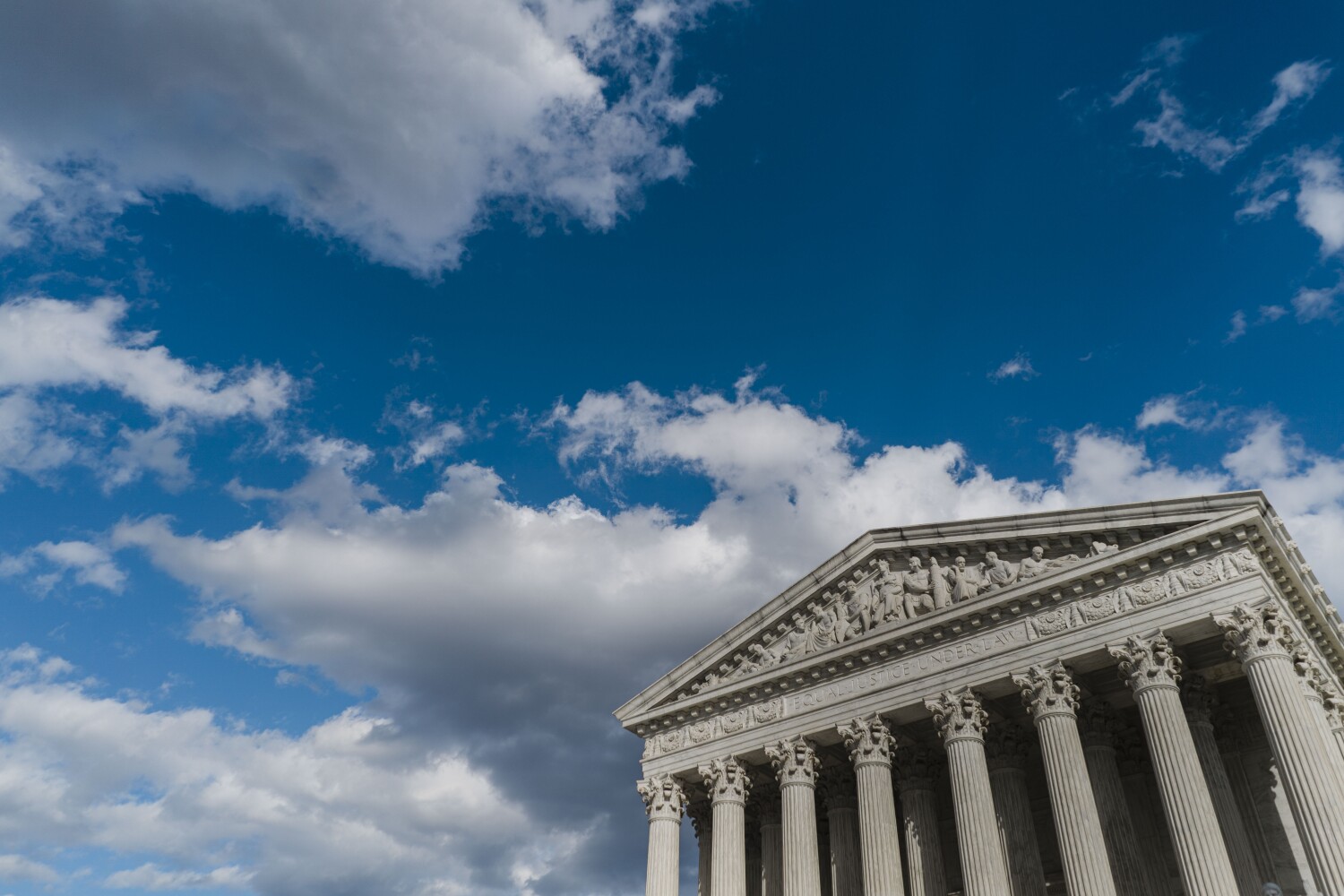 The Supreme Court’s sharp right turn is reflected in new opinion polls that show Republicans overwhelmingly support the court’s work and Democrats are even more opposed.

Last month, 74% of Republicans polled by the Gallup Organization said they agreed with the High Court, while just 13% of Democrats agreed.

The Democrats’ approval rating was the lowest ever recorded by the group for either political party, the polling firm said.

Over the past 20 years, opinion polls have found that most Americans approve of the Supreme Court, despite negative views of the work of Congress and the President.

However, this support has become more partisan. In 2015, after the court upheld the constitutionality of same-sex marriages, approval among Democrats rose to an all-time high of 76%, while only 18% of Republicans approved, an all-time low at the time.

The partisan gap this year is the widest on record, Gallup said.

A term follows in which six Republican-appointed judges made conservative rulings on abortion, guns, religion and climate change. The three Democrat-appointed liberal justices disagreed each time.

The decision to repeal Roe vs. Wade and abortion rights was frowned upon by most Americans. The Pew Research Center polled a sample of 6,100 adults the week after the June 24 ruling and found that 57% said they disapproved.

When asked whether abortion should be legal in all or most cases, 62% answered yes.

However, among Republicans, 70% said they approve of the decision to repeal abortion rights.

Both polls also revealed a gender gap in relation to the court and its abortion decision.

Last month, 61% of women polled by Gallup said they disapproved of the court’s work, as did 49% of men.

When Pew asked for their opinion on the abortion decision, 62% of women said they opposed it, while 52% of men did.

Gallup also described public confidence in the Supreme Court “which fell to an all-time low in June,” although its results show a sharp decline began last year.

About 58% approved the court in 2020 after judges returned a year of mixed rulings, including a key civil rights decision prohibiting discrimination in the workplace based on sexual orientation or gender identity. This year, the court’s overall approval dropped to 43%.

Marquette Law School regularly conducts nationwide opinion polls on the Supreme Court throughout the year and has also found a precipitous and steady decline in the court’s approval.

In July 2021, 60% said they approved of the court’s work, while 39% said they opposed it. By November, after the court enacted a Texas anti-abortion law, the approval rating dropped to 54%.

After a draft opinion that would topple Roe vs. Wade was leaked in May, the approval rating in the Marquette poll fell to 44%.

In early July, Marquette conducted another national poll and reported that only 38% said they approved of the dish, while 61% said they disapproved.

https://www.latimes.com/politics/story/2022-08-02/supreme-courts-sharp-turn-to-the-right-is-reflected-in-new-opinion-polls Supreme Court’s turn to the right is reflected in new polls

Trump decries McCarthy’s handling of Jan. 6 panel, which a Democrat calls a ‘historic and strategic blunder’