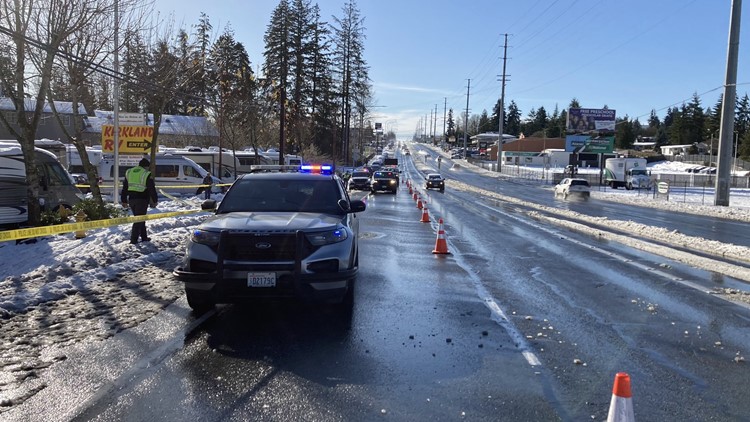 The Washington State Patrol said the man was booked into the Snohomish County Jail for the felony counts of manslaughter and runaway, vehicle homicide and first-degree murder on Thursday.

On Saturday, December 3, the suspect allegedly hit Glenn Starks, 50, an employee at Kirkland RV, as he was shoveling snow on the sidewalk outside the business.

The Washington State Patrol said the suspect fled the scene on foot.

According to court documents, detectives were able to identify the suspect through the vehicle that was left at the scene.

The suspect’s first trial is scheduled for 1 p.m. Friday.

DeLorean Motor sues NBCU over 'Back to the Future' royalties

California Floods and the 'Megadrought'