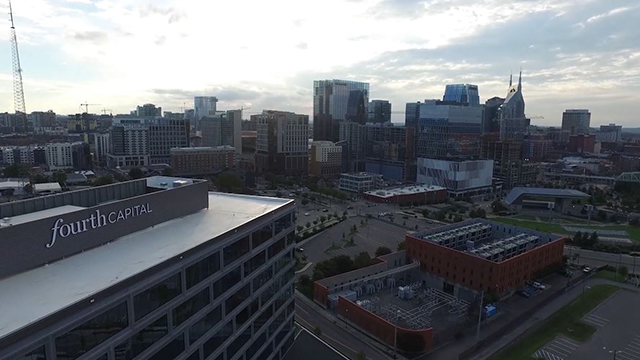 NASHVILLE, Tenn. (WKRN) — A 57-year-old man faces robbery charges after police said he robbed and assaulted another man outside a downtown Nashville hotel.

Officers were dispatched to Block 300 of Korean Veterans Boulevard just before 10 p.m. on May 30 in response to a robbery outside the Drury Plaza Hotel in downtown Nashville. Locally, the victim told Metro police he was robbed while standing on the sidewalk in front of the hotel.


An affidavit states that Quinn Harris, 57, approached the victim on the sidewalk and demanded that the victim give him money he owed for crack. Documents said the victim was confused as he didn’t know Harris and refused to give him any money.

Harris then pushed the victim to the ground, stole a 12-pack of Budweiser, and fled the scene. Officers then contacted a woman nearby who had one of the beers Harris gave her from the stolen 12-pack.


Harris was found in the Broadway and 4th Avenue South area just before 11 p.m. and taken into custody.

Harris was charged with robbery, which is a Class C felony.

https://www.wkrn.com/news/local-news/nashville/man-charged-with-robbing-victim-for-beer-outside-downtown-nashville-hotel/ Suspect accused of robbing man for 12-pack of beer outside Nashville hotel

Romance novelist Nancy Brophy to be sentenced for murder