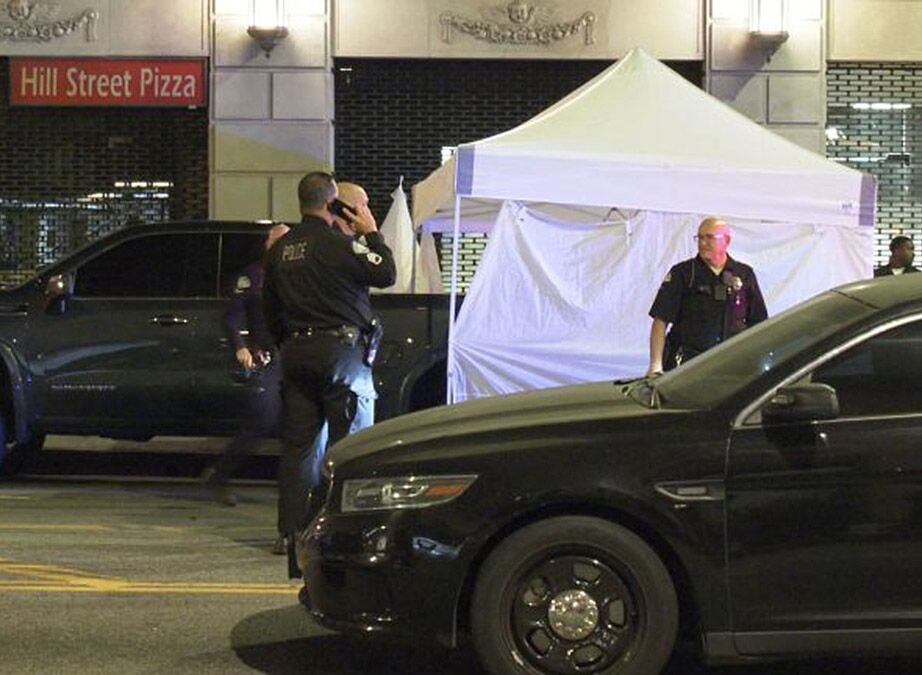 A man and his three dogs were struck and killed by a driver in downtown Los Angeles early Thursday morning, authorities said.

The pedestrian, described as a man in his 20s or 30s, was walking the dogs at a marked crosswalk when they were struck by a driver traveling north on Hill Street near 5th Street, Officer Annie said Hernandez of the Los Angeles Police Department.

The incident happened around 12:20 a.m. and the man and all three dogs died at the scene, according to police.

The driver, described as a man in his 20s, was taken into custody after also colliding with several vehicles, the LAPD told KTTV-TV News.

The Los Angeles Fire Department transported one person for treatment of moderate injuries, LAFD spokesman Nicolas Prange said. It was initially unclear whether the person was the driver of the vehicle.