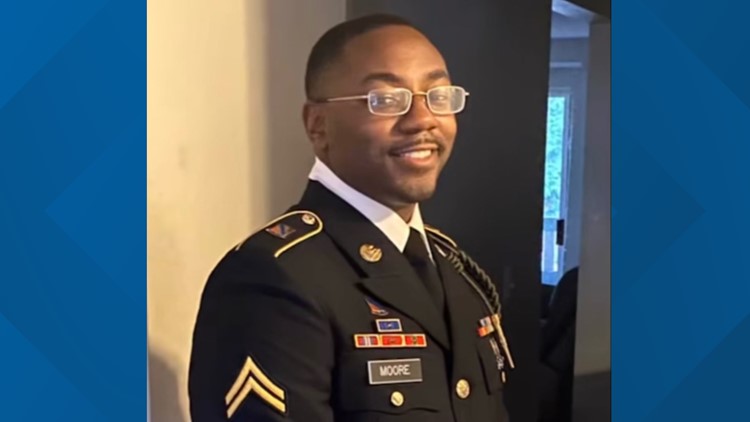 TACOMA, Wash. — A suspect was arrested Monday in connection with the murder of a JBLM soldier, according to the Pierce County Sheriff’s Department (PCSD).

The 37-year-old man was taken into custody around 1:41 p.m. when the PCSD SWAT team served an arrest warrant at a Tacoma apartment. According to the PCSD, the suspect surrendered without resistance.

US Army Sgt. Emmet Leviticus Moore was shot and killed at around 6:00 p.m. Saturday, June 18 at a gathering at the 1600 block of 112th Street in Parkland.

Arriving deputies found a 22-year-old man, later identified as Moore, at a home with a gunshot wound, according to the Pierce County Sheriff’s Department. Deputies administered first aid to Moore, but he died from his injuries.

The Pierce County Sheriff’s Department said Moore and the suspect were at the home for a gathering and are still trying to figure out what led to the shooting.

The suspect was booked in the Pierce County Jail on second-degree murder and unlawful possession of a firearm.

https://www.king5.com/article/news/crime/suspect-arrested-murder-jblm-soldier/281-5646c2ca-3bc9-4ea7-b4aa-84192dc66ded Suspect arrested in connection with murder of JBLM soldier

We Have Met the Enemy and They are Us