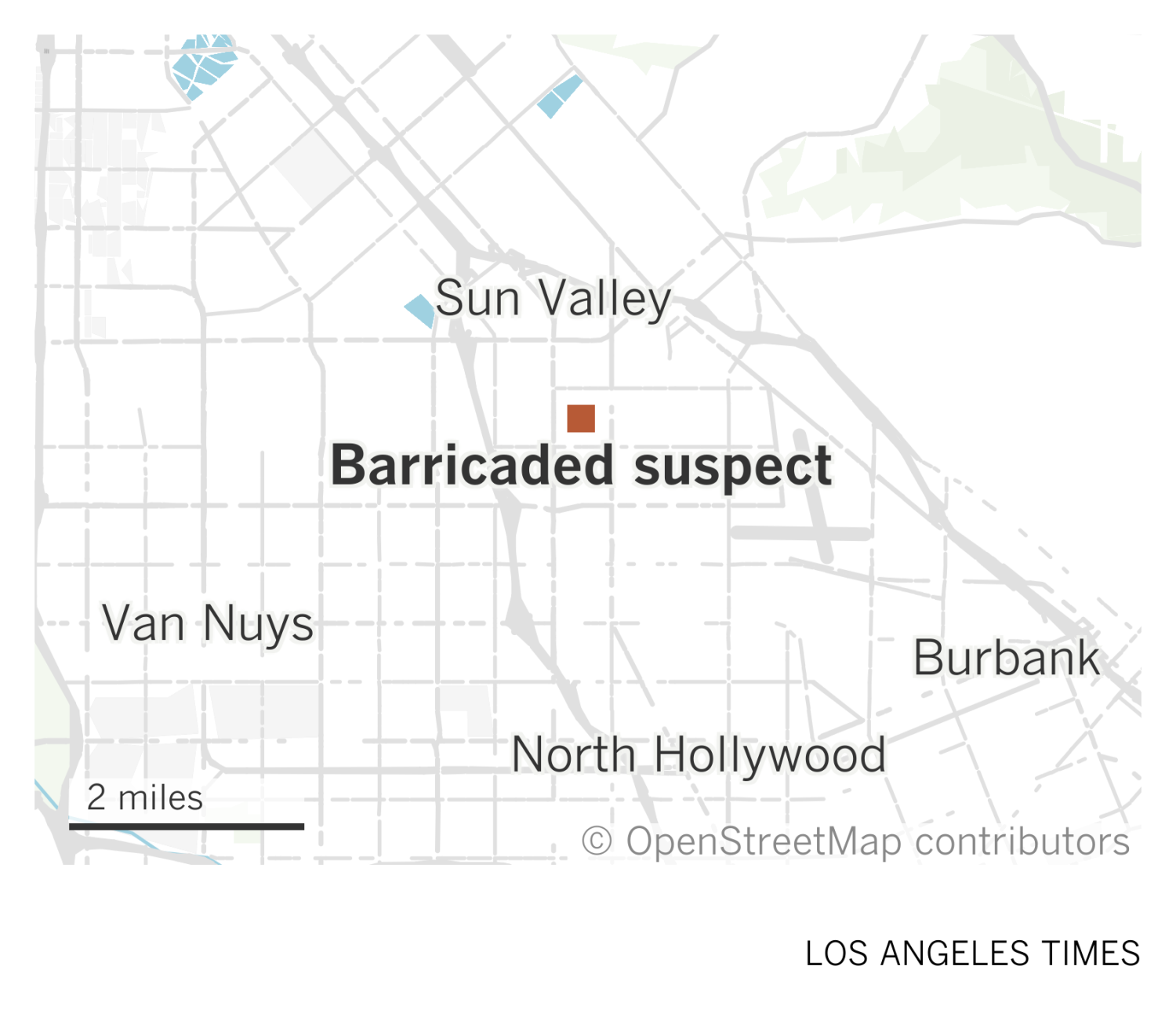 A suspect who barricaded himself in a Sun Valley home after police shot him appeared to have escaped Thursday night.

The incident began around 7 p.m. when gang officers patrolling the Radford Avenue and Stagg Street area saw a gang member exit a vehicle with what they believed to be a weapon, according to the Los Angeles Police Department.

More information about what prompted the officer or officers to fire was not available Thursday night. Police said they didn’t know if the suspect was injured.

After the shooting, the suspect, who was only described as an adult male, ran to a nearby house and barricaded himself inside, police said.

Investigators determined that the suspect knew the residents and was working to find out if he lived there, too, Hernandez said.

After officers established a security perimeter and called SWAT, crisis negotiators attempted to get the man to surrender, Hernandez said. Without an answer, SWAT officers were sent inside and found the house empty.

Hernandez said investigators did not have an opportunity to gather evidence as of 11 p.m

It was not known if a weapon was recovered and authorities could not confirm if the suspect was armed.

Further information about the incident was not available on Thursday evening.

https://www.latimes.com/california/story/2022-07-21/barricaded-suspect-escapes-sun-valley-lapd-shooting Suspect escapes after barricading himself in Sun Valley home

How the Climate Elite Spread Misery