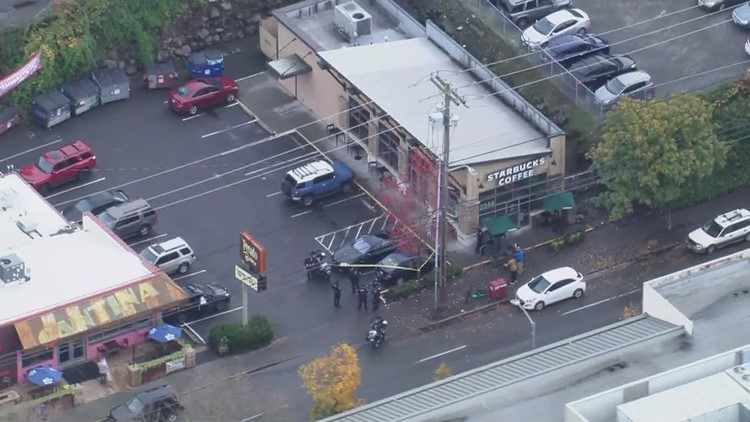 One person is said to have been shot in the leg in the Eastlake neighborhood of Seattle.

BELLEVUE, Wash – Kent police arrested a suspect believed to be responsible for at least two armed robberies in King County on Monday.

According to police, the first break-in occurred in Bellevue Square around 12:30 p.m. when the suspect shot at a victim and then stole her purse and car.

The victims were not injured.

After the driver fled, the suspect was involved in two minor collisions on the State Route 520 bridge.

It is believed the suspect drove to the Eastlake neighborhood of Seattle, where he shot a 38-year-old man in the leg and hijacked his vehicle.

The shooting was reported shortly before 1 p.m. near Eastlake Avenue East and East Lynn Street, according to Seattle police.

Within about two hours of the Bellevue carjacking, Kent police arrested the suspect in Renton.

According to police, it is believed the suspect caused a car robbery in Kent earlier in the morning.

RELATED: Tacoma Police Are Looking For Answers In A Double Murder That Happened Nearly 20 Years Ago

The Rosetta Stone's Best Home Is the British Museum