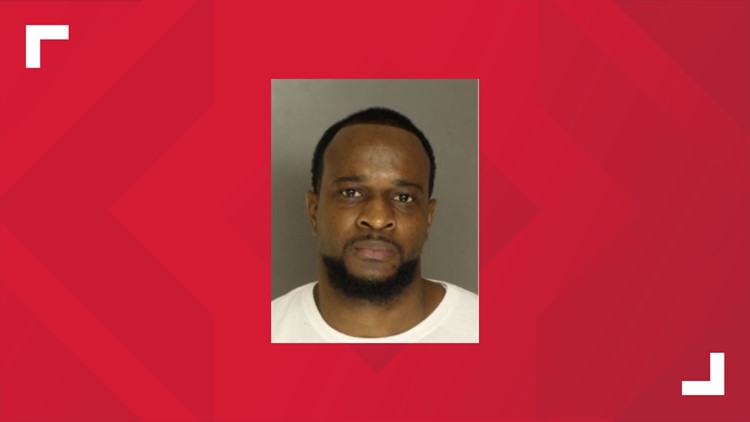 Michael Baltimore, 39, is accused of shooting and injuring another man at the GQ Barbershop on North Hanover Street on May 22, 2021 at Kendell Jerome Cook.

The suspect in a 2021 barbershop shooting in Carlisle has been included in the US Marshals Service’s 15 Most Wanted List, the US Marshals Office for the Middle District of Pennsylvania said Wednesday.

Michael Baltimore, 39, is accused of shooting and injuring another man at the GQ Barbershop on North Hanover Street on May 22, 2021, the agency said.

Cook owned the business and Baltimore worked for him until 2019, according to the agency.

According to US Marshals, Baltimore was featured in several episodes of the television reality series 90 Day Fiancé.

The agency said it is now offering a $25,000 bounty for information leading to the capture of Baltimore — a significant increase from the $5,000 the US Marshals Service offered in January.

The Bureau of Alcohol, Tobacco, Firearms and Explosives has also offered a reward of up to $10,000 and Cumberland County Crime Stoppers has offered $2,000, according to the agency.

Baltimore has an extensive criminal history and is known to be violent, the agency said. He should be considered armed and dangerous and should not be approached.

Anyone with information on Baltimore’s location should call the United States Marshals Service at 1-877-WANTED2 (926-8332). Anonymous tips can also be submitted through the US Marshals Tip App, and tips can be sent to Cumberland County Crime Stoppers at contact@cumberlandcrimestoppers.net or by calling (855)-628-8477.

The Middle Pennsylvania Fugitive Task Force, led by the US Marshals, combines the efforts of federal, state, and local law enforcement agencies to locate and arrest the district’s most dangerous fugitives.

US Marshals established the 15 Most Wanted Fugitive Program in 1983 to prioritize the investigation and arrest of high-profile criminals believed to be some of the country’s most dangerous fugitives — typically career criminals with a history of violence who pose a significant threat to the public represent security.

More information about the US Marshals Service can be found here.

Title IX: Strides for women of color in sports lag under law