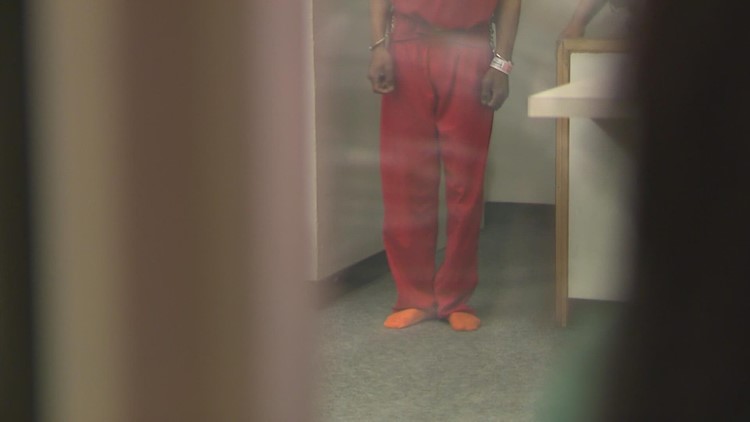 SEATTLE — The man suspected of assaulting and exposing himself to several women near the Seattle Center was charged with hate crimes on Thursday.

Kristopher Glenn Brown, 35, is also charged with third-degree assault and fourth-degree assault. His indictment is scheduled for August 18.

On July 18, Brown followed Laura Van Burkleo as she walked her three Boston Terriers. According to the indictment, he allegedly called them neo-Nazis and shouted homophobic insults. Brown allegedly slapped Van Burkleo in the face multiple times and threatened to kill her.

Van Burkleo suffered a broken tooth crown and a laceration on her bottom lip.

Van Burkleo spoke to KING 5 before Brown was arrested.

“It was terrifying. I was shocked. I really thought I was going to die right there on that sidewalk and I felt so humiliated and embarrassed for wanting to defend myself,” Van Burkleo said.

RELATED: More attacks at the Seattle Center have been reported as women continue to come forward

Van Burkleo said a man on a moped distracted her attacker enough for her to escape.

While police were still questioning Van Burkleo, they were called to a Bartell Drugs store for a report alleging that Brown threatened to fight a security guard when he stole about $50 worth of items from the store, according to court documents.

As officers investigated the two incidents, they were called to another attack one block east.

When officers arrived, a 36-year-old woman said that as she exited an apartment gate, Brown approached her and asked something like, “Why did you open the gate before me?” and reportedly started kicking her.

Police learned of other incidents likely involving Brown between July 18 and July 24.

Brown was taken into custody on August 1 at the 1500 block of Third Avenue.

He was sent to the King County Jail that same day.

RELATED: The Seattle Center is seeing increasing reports of sexual harassment against women

Skylar Diggins-Smith won't return to the WNBA in 2022