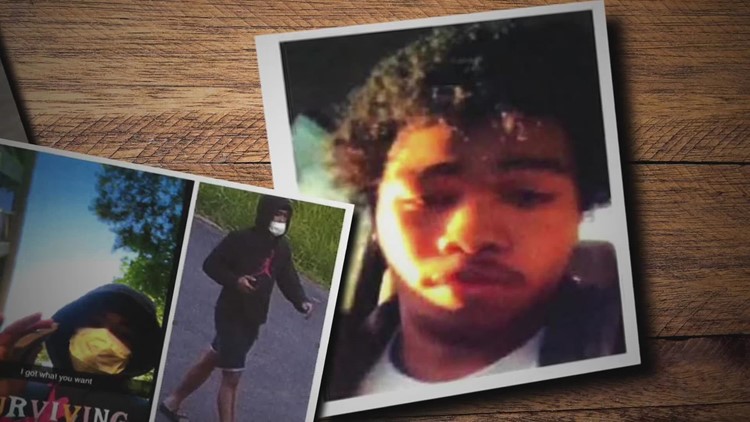 Javyantre Sin escaped from a youth rehabilitation facility in east Washington in June.

SEATTLE — An 18-year-old who escaped from an east Washington juvenile detention center before allegedly sexually assaulting two women in the Seattle area was scheduled to serve time in state custody until 2023.

The King County Attorney’s Office was not notified by the Children, Youth and Families Division that Javyantre Sin, 18, escaped from a juvenile facility on June 21, according to a spokesman. Prosecutors found out when they learned of the new allegations against Sin in two new cases in Tukwila and one in West Seattle in August.

Surveillance footage and a series of Snapchat posts helped police catch Sin, who is accused of assaulting the women over a period of nine days. He was arrested on August 19.

“We were stunned to find out that he was out of custody, and that’s quite concerning,” said Casey McNerthney, a spokesman for the King County Attorney’s Office.

McNerthney said Sin should be in state custody until November 2023 for crimes he committed as a youth, including robbery, burglary and vehicle theft.

Prosecutors learned he was initially taken to a medium-security facility, but he was reportedly moved to the Sunrise Community Facility in east Washington, a place with no fences and unlocked doors, according to court documents.

Court documents say that on June 21, Sin and two other residents ran out of the residence’s unlocked front door and got into a getaway car.

“We didn’t find out about this until we had a case on our desk where two people were sexually assaulted,” McNerthney said.

“He saw he got away with it once, why couldn’t he get away with it a second time?” asked Melissa, who requested that only her first name be used.

Melissa is a friend of one of the victims; a 25-year-old woman who was walking home when she was grabbed from behind and dragged into a wooded area in West Seattle. According to police, she was sexually assaulted, robbed and beaten so badly that she had to be hospitalized. That happened on August 15th.

On August 6, court documents said Sin raped and robbed a 16-year-old girl in Tukwila. The teenager was reading a book while waiting for her shift to start at work at the Southcenter when he approached, according to police.

“Not only did he change my girlfriend’s life, he changed the life of a 16-year-old girl. He ruined her view of the world,” Melissa said.

In West Seattle, the community has gathered around the 25-year-old victim, raising funds to help her with her recovery and raising awareness about the violent attack.

“When you see the level of violence here, that’s why we’re concerned,” McNerthney said.

Referring to the June escape, McNerthney added: “We can apply for a warrant; we can certainly connect the victims in the previous cases.”

He said in such a case, prosecutors could have done such things if they had been notified.

The Department for Children, Youth and Families released a statement, which said in part: “We reviewed this case internally and in this case protocols developed for both public safety and rehabilitation were followed to ensure a include proper prosecution and notification in court. Efforts to locate this person never stopped or stopped.”

Measure ULA up for vote on 2022 L.A. midterm ballot