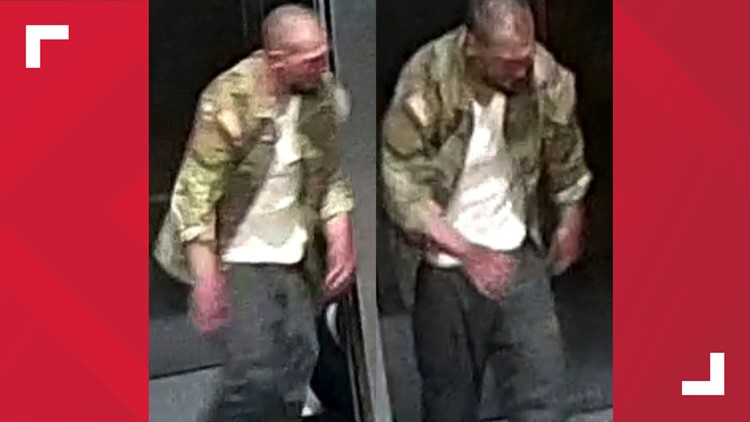 SEATTLE — The Seattle Police Department (SPD) is asking for the public’s help to identify a man who assaulted a woman in an apartment building elevator.

The attack occurred on May 30 at around 9:45 p.m. in Seattle’s Central District

Footage from surveillance cameras showed the man behind the victim entered the apartment’s lobby, followed her into the elevator, and attacked her.

According to the SPD, the woman suffered serious injuries, including broken bones in her face and a concussion.

The SPD could not identify the suspect and turned to the public for help.

The suspect is a white male, approximately 5’6″ to 5’10” with a short, light-colored buzz cut. He was wearing a camouflage shirt or jacket over a white T-shirt. He also appears to walk with a stooped posture.

SPD urges anyone with information about this case to contact the Violent Crimes Tip Line at (206) 233-5000 or email SPD_Homicide@seattle.gov.

This is an evolving story and we will provide updates as we receive them.

Fiona Moves Away From Canada, Leaves Thousands Without Power

Nicholas Goldberg: Liz Cheney’s principles were showiing at the Reagan library. So were her politics.