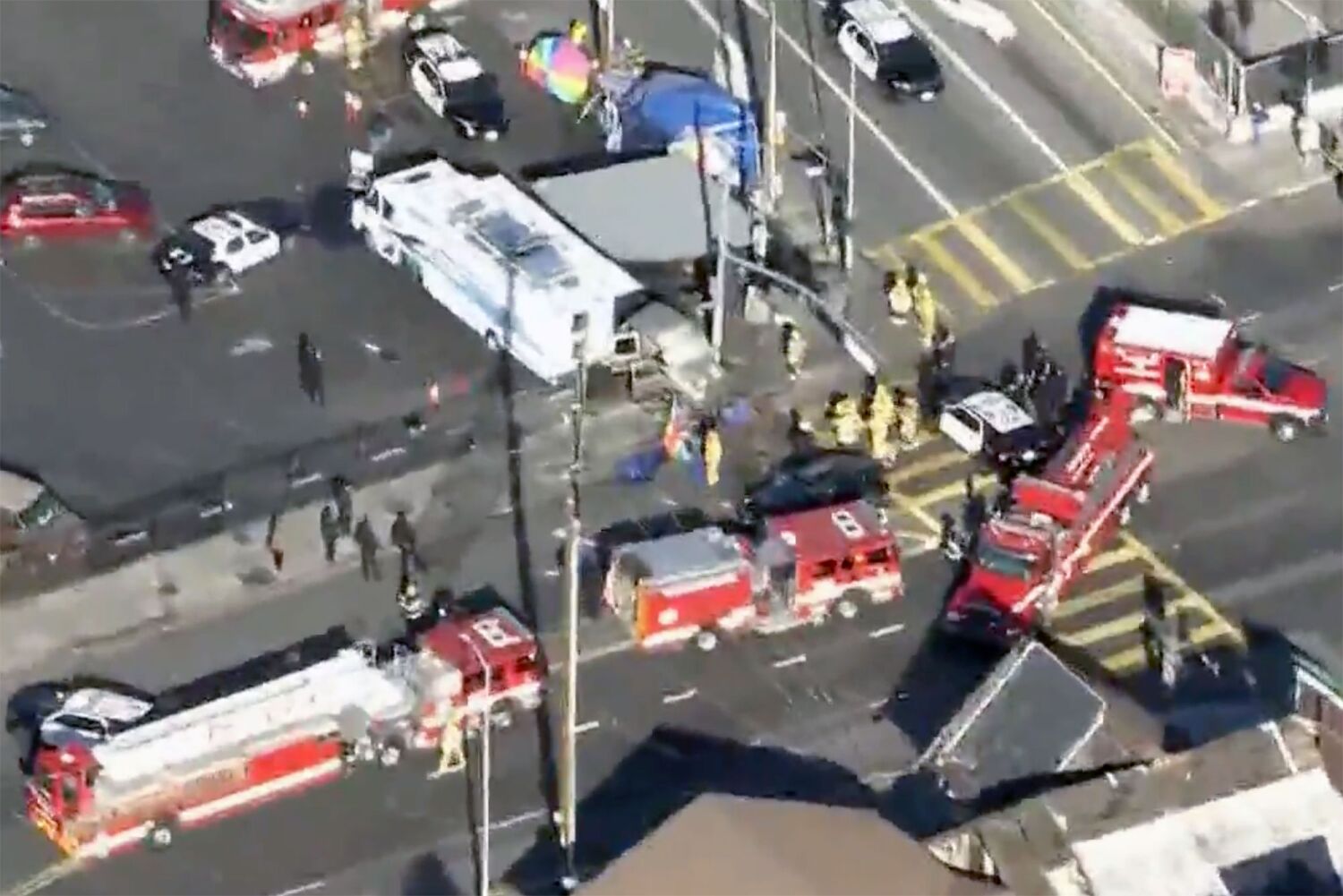 A man driving a vehicle suspected of being stolen crashed into a taco truck in south Los Angeles on Tuesday afternoon. Hours later, it was not clear if police were pursuing the suspect at the time of the crash.

The incident began when authorities received a notification from a LoJack stolen vehicle recovery system connected to a vehicle traveling on the 110 Freeway, said Officer Warren Moore, a spokesman for the Los Angeles Police Department.

Officers followed the vehicle, Moore said, but he couldn’t say if they were actively pursuing with their lights and sirens activated.

A man, believed to be about 30, was trapped in a vehicle and was taken to a hospital after being extricated, said Margaret Stewart, a spokeswoman for the Los Angeles Fire Department.

Surveillance camera video shared with KTLA-TV Channel 5 shows a pickup truck going off the road and slamming into a fruit truck on the sidewalk before plowing through a metal fence and hitting a taco truck.