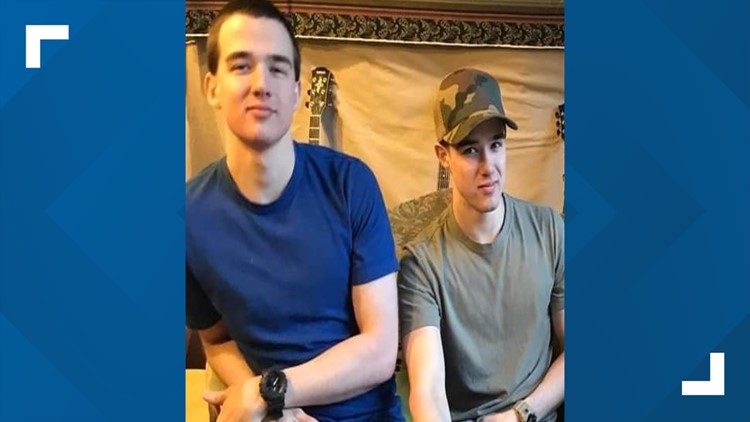 The two suspects killed in a shootout with Victoria Police on Tuesday have been identified.

The Victoria Police Department identified the suspects as twin brothers Mathew and Isaac Auchterlonie, 22, from Duncan.

As of Wednesday, three of the six police officers injured in the shooting are at home and have recovered. Three other officers remain hospitalized after extensive surgeries, according to Saanich Chief Constable Dean Duthie. One officer remains in intensive care, and another needs surgery.

Break: @vicpdkanada and @SaanichPolice have released the IDs of two armed suspects who tried to rob a suburban bank #Victoria #BC. 6ofc injured, 1 remains in intensive care. @KING5Seattle pic.twitter.com/TQ6xB9O1Jn

Around 11am Tuesday, officers from both Saanich and Victoria Police Departments – all members of the Greater Victoria Emergency Response Team – responded to a report that two armed suspects entered a bank in Block 3600 of Shelbourne Street in Saanich.

When officers arrived, the suspects shot police, according to the Victoria Police Department. The two suspects were shot dead by responding officers. Both suspects died at the scene.

“They ran for sharp and active shots when the human instinct is to run from such imminent danger,” said Dean Duthie, Saanich’s chief constable. “Our motto at Saanich is to protect Saanich, and that’s exactly what those officers did yesterday.”

Homes and businesses near the intersection of Shelbourne Street and Pear Street have been evacuated because of a potential explosive device, according to Saanich police. An existing shelter was lifted around 6 p.m. on Tuesday.

Saanich police recovered at least one explosive device, transported it to a nearby landfill site and detonated it.

Police do not believe any bank employees, customers or members of the public were physically injured during the incident.

“We appreciate the continued support for our officers and community at this time,” Victoria Police said in a press release.

The Independent Investigations Office is investigating the incident, which is protocol for shootings involving officers in British Columbia.