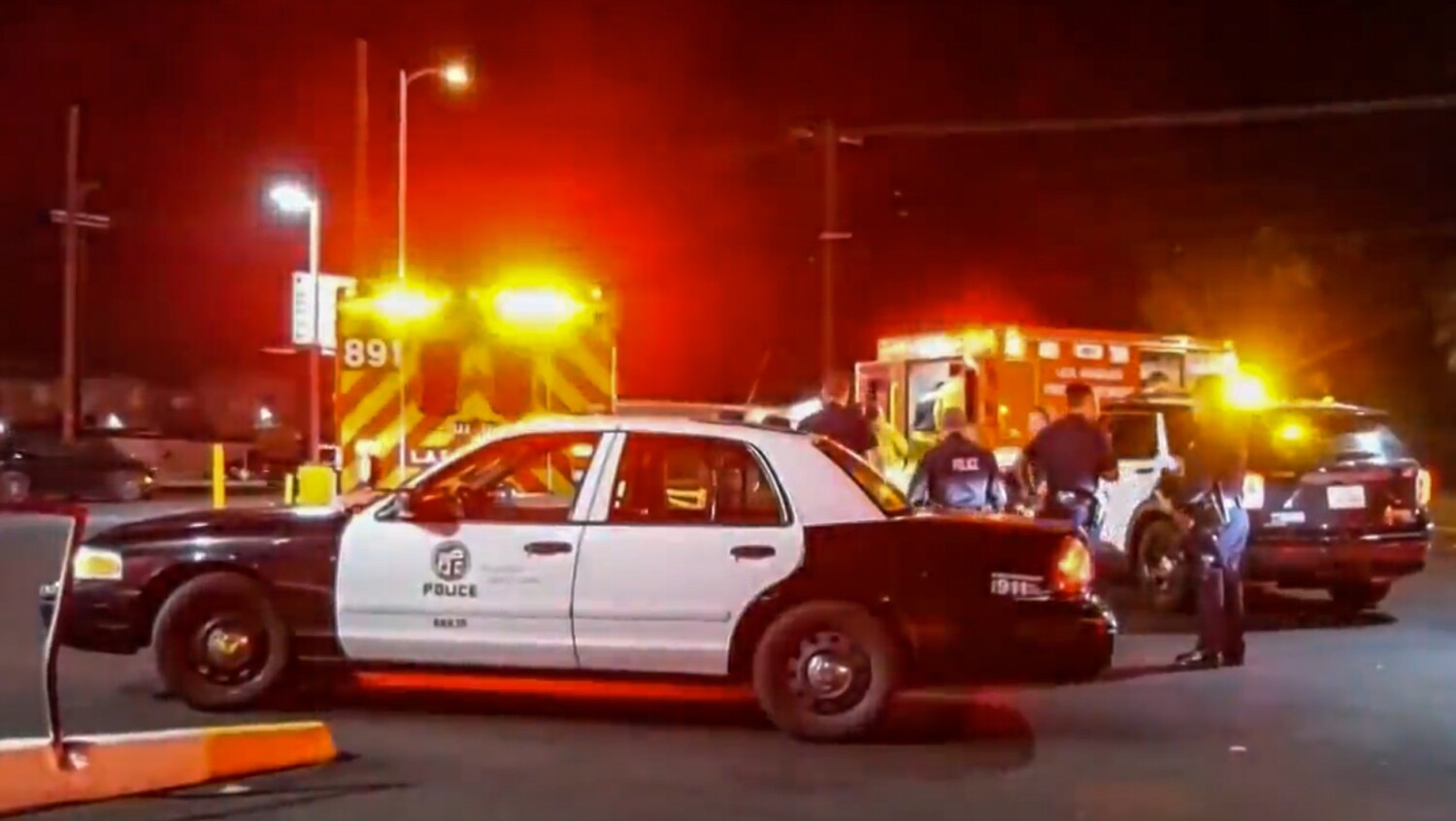 A shooting reported early Tuesday in Sylmar that left one person in critical condition is being investigated by Los Angeles Police Department as a hate crime.

Police were responding to reports of a shooting around 1:20 a.m. at a convenience store near Polk Street and Foothill Boulevard, authorities said. When officers arrived, they found the victim lying on the ground.

The unknown victim was taken to a hospital in critical condition, police said.

Officials said the victim was speaking to another person when a suspect made “disparaging and abusive comments” about the victim’s clothing and appearance, according to the KTLA.

The victim was dressed in women’s clothing, officials said.

The suspect fired multiple shots and then fled the scene, police said.

Bamby Salcedo, president and executive director of activist TransLatin@ Coalition, told KTLA she hopes “all this hate will stop.”

“Trans people and others, especially minority groups, are constant targets of violent attacks simply because of who we are,” Salcedo told KTLA

Information on the suspect was not available.

Seattle's Ballard Bridge reopens after closure due to crash

U.S. FDA expected to order Juul e-cigarettes off the market as soon as today