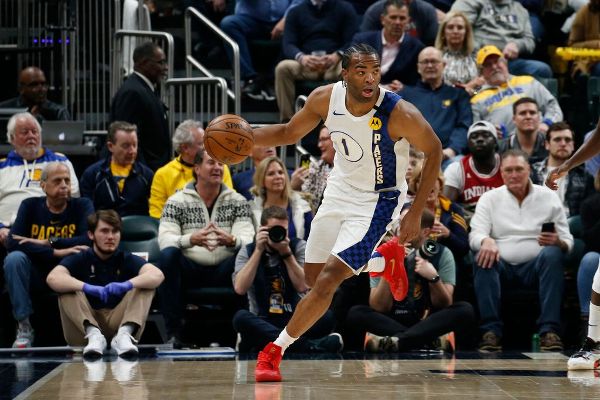 After missing most of the past two seasons with a stress fracture in his left foot, free-agent forward TJ Warren has agreed to a one-year deal with the Brooklyn Nets, sources told ESPN on Tuesday.

Warren played four games in 2020-21 and missed the entire 2021 season with back-to-back breaks, but he’s now recovering and the Nets hope he can play a role in both forward positions.

Warren’s signing will make him the 11th player signed for the Nets, who are embroiled in trade talks for All-NBA forward Kevin Durant after he requested a transfer last week.

Warren, 28, averaged nearly 20 points on 53% shots from the field for the Indiana Pacers in 2020, and he’s shown he can be a significant and versatile offensive force in Indiana and Phoenix.

The Nets sign another ex-Pacer, who also missed last season through injury, and agreed a deal with guard Edmond Sumner, sources told ESPN. The 26-year-old averaged a career-high 7.5 points in 53 games for Indiana in the 2020-21 season but missed all of last season with a torn Achilles tendon sustained in September. Sumner has fully recovered from the injury and is expected to join the Nets’ backcourt rotation.