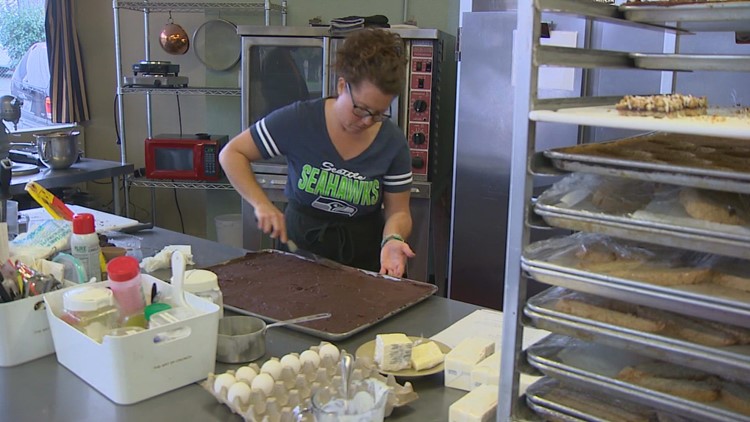 Depending on revenue, a business can see their license fees increase from 100% to 900%.

TACOMA, Wash – The Art of Crunch has been bringing baked goods to Tacoma for the past ten years thanks to its owner, Rhonda Hamlin.

But in recent years, the bakery business has been very difficult.

Hamlin said she lost most of her business due to COVID, but was able to move on and recover. But then she had to deal with rising costs due to inflation.

Now, Hamlin is bracing for a possible cost hike.

The Tacoma City Council will discuss changes to a proposed ordinance that would significantly increase annual license fees for businesses starting next year.

While the original proposal called for an increase in fees for businesses with gross annual income above $12,000 under the hierarchy, the changes would expand that system to include all businesses in the city. city.

At the October 25 city council meeting, councilor Keith Blocker, the lead sponsor of the changes, said the increased permit fees would bring in millions of dollars for Tacoma.

“This will provide essential funding to the ever-restricted General Fund and allow the city more flexibility in supporting business and community needs, especially as it involves to dealing with property crime,” Blocker said.

However, board member Catherine Ushka expressed reservations over concerns it could drive creative entrepreneurs away from Tacoma.

“I’m really concerned about those lower levels to make sure that we’re not just allowing that innovation from people who have nothing but ideas, but we’re supporting those people through, ” she said.

Under this new system, Hamlin said her license fee would increase from $250 to $570.

“We give a lot to the community, in terms of taxes and fees and all that,” says Hamlin. “I just don’t think it’s fair to do this kind of boost.”

In this economy, every little bit counts when it comes to keeping the door open for her, says Hamlin, and only so much her bakery can handle.

“I’m a boxer, but I have to tell you, I have to pay for my house, you know? It was a bit difficult,” she said.