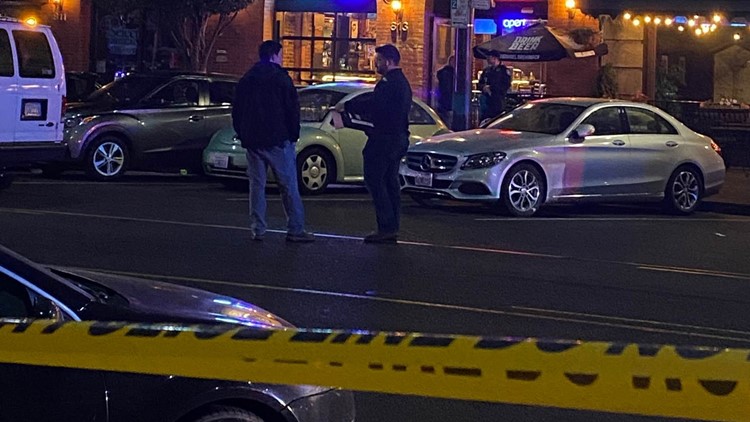 TACOMA, Wash. — An investigation is underway in Tacoma after at least one officer fired shots while responding to a fight at a bar on Wednesday night.

According to the Tacoma Police Department, 911 dispatchers received reports of a physical fight shortly before 11 p.m. at The Office Bar and Grill on the 800 block of Pacific Avenue in downtown Tacoma. Dispatchers said the caller reported that someone in the bar had fired a pistol.

Tacoma Police said officers confronted the suspect upon their arrival. An officer then shot the suspect. Tacoma police said neither the suspect nor anyone in the bar was hit by the gunfire.

The suspect was taken into custody. No officers were injured in the incident.

The cause of the fight at the bar or what led to Tacoma police firing shots is not known at this time.

The Tacoma Police Department is conducting a criminal and administrative investigation.

At 11 p.m. on September 28, officers went to a physical fight at a bar at 800 Blk Pacific Ave. A caller said a man fired a gun in the bar. The officers confronted the man and an officer involved in a shooting occurred. Nobody was hit by shots. The suspect was taken into custody. pic.twitter.com/irrRK5NW2a

How I cope after losing my sense of smell to COVID

Both Parties Should Support My Permitting-Reform Bill