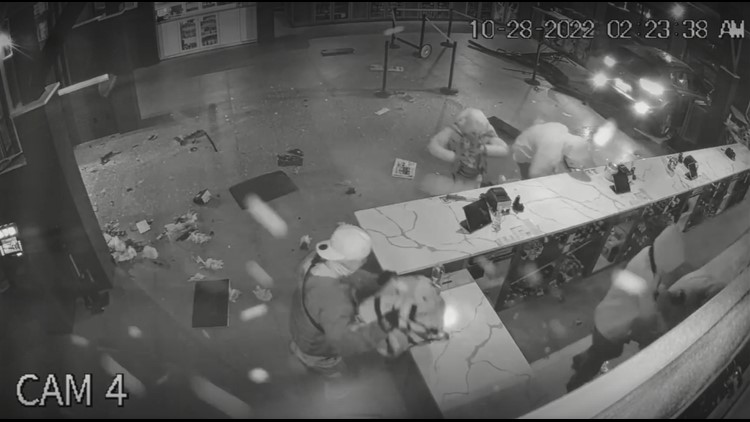 According to security footage, someone drove a car through the front door and at least six suspects ran into the store and started throwing goods in bags.

According to police, around 2:30 a.m., three cars approached the Zip’s Cannabis store on the 2600 block of Pacific Avenue, then one drove through the front door.

The other suspects then ran into the store and began tossing goods into bags they brought to the scene.

According to security camera footage, there are at least six suspects involved in the crime.

Two cars were left at the scene. All cars used in the robbery were stolen.

Tacoma police are searching for a suspect who robbed a marijuana store, shot a security guard

Detectives are asking anyone with information regarding this violent crime to call Crime Stoppers at 1-800-222-TIPS.