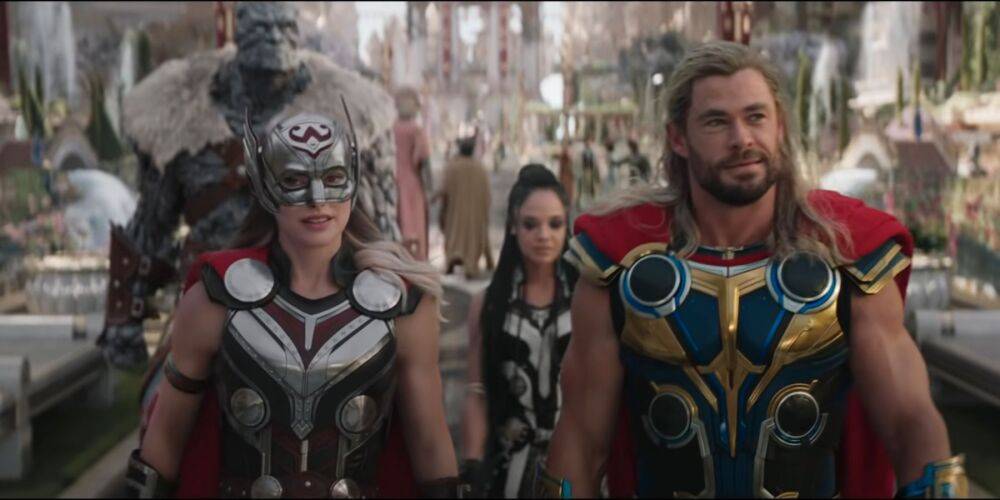 With the upcoming release of Taika Waititi’s Thor: Love and Thunderthe reveal of Natalie Portman’s Jane Foster returning to the MCU as Mighty Thor shocked Marvel audiences, but also raised some big questions. Thor: Love and Thunder director Waititi has answered some of the questions Marvel fans had after the trailer was released.

The biggest question of all? What does the future hold for the original God of Thunder now that Jane Foster wields Mjolnir? for Chris Hemsworth’s Thor.

But Waititi has made it clear that is not the case. “It’s really fun, the idea that Thor has Stormbreaker, this big axe, and now his hammer is back and it’s in someone else’s hand.

It’s not his hammer anymore. It’s the idea of ​​someone taking his place. I think a lot of fans might be like, oh, ok, that’s the passing of the torch,” Waititi said during an interview with Total Film. “I don’t think that’s the case.” Although the director of Thor: Love and Thunder has said he doesn’t believe it’s a passing of the torch, the torch has been passed on before in the Marvel Cinematic Universe.

Elden Ring fan is demaking the game for Game Boy

Readers agree with Mary McNamara on all fronts

Inside Center Theatre Group’s search for its next leader