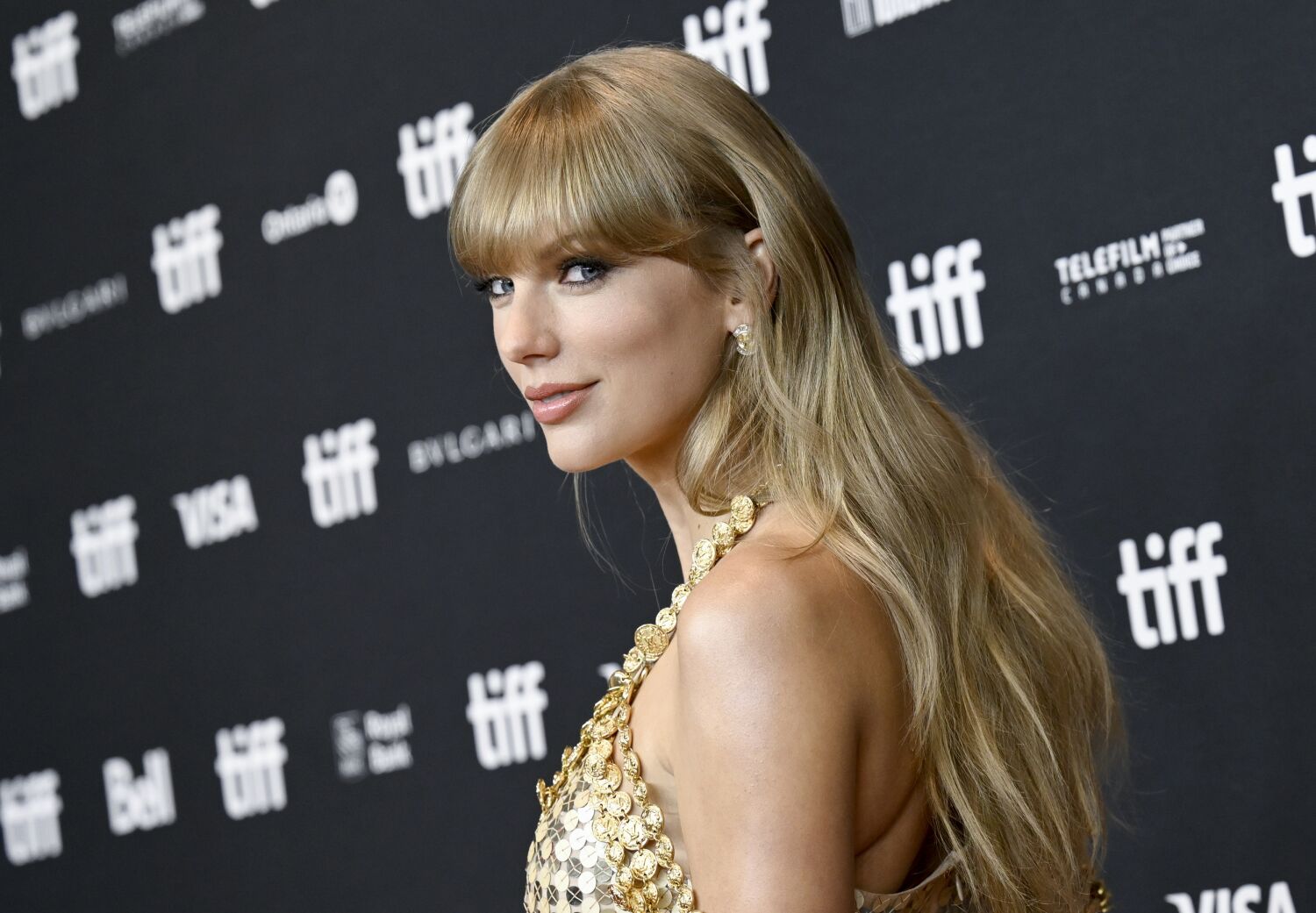 Taylor Swift’s highly anticipated new album, Midnights, is finally here. are you ready for this

In August, the pop idol announced that she would soon be releasing her 10th studio album. Swift had just made history that night as the only artist to have won the Video Music Award for Video of the Year three times.

During her acceptance speech, Swift said — amid shrieks and cheers from the crowd — that she “thought it might be a fun moment to tell her fans about a new project” that’s in the works.

“This is a collection of music written in the middle of the night, a journey through horrors and sweet dreams. The floors we walk on and the demons we face,” Swift said in a statement after the show.

As usual, Swifties have been speculating fervently on social media for weeks about the Grammy-winner’s forthcoming album and how it fits into her evolution as an artist. From lyrics to collaborations, here’s everything we know about “Midnights.”

When will the album be released and how can I listen to it?

“Midnights” is scheduled to arrive Thursday at 9 p.m. Pacific Time.

Until then, the album is available for pre-order on major streaming platforms – including iTunes, Amazon Music, Spotify and Apple Music – as well as retailers like Target and Walmart.

How many songs are on it?

The total number of tracks on “Midnights” is 13 – Swift’s lucky number.

For a while, the musician gradually revealed the titles of each retro-style song via her TikTok bingo series, Midnights Mayhem With Me. On October 7, she revealed the full list:

Last week, Swift gushed about the Midnights track “Snow on the Beach” with Lana Del Rey. The singer-songwriter added that she’s “such a huge fan of” Del Rey that she calls “one of the greatest musicians of all time.”

“The fact that I get to coexist with her is an honor and a privilege, and the fact that she would be so generous as to collaborate with us on this song is something I will be forever grateful for,” Swift said on Instagram. “I absolutely love her and I really hope you love this song as much as I do.”

Additionally, the album’s credits reveal that actors Zoë Kravitz and Joe Alwyn — Swift’s boyfriend of six years — helped write some of his songs.

The Batman star co-wrote Lavender Haze and Karma while Alwyn worked on Sweet Nothing. The Catherine Called Birdy star is credited as William Bowery — the same alias he used as a co-writer on Swift’s last two albums, Folklore and Evermore.

Have any songs been released yet?

Swift didn’t release any singles from “Midnights” prior to his debut (there’s still time, Tay!), but she has been providing fans with snippets of information about some of his tracks on social media.

Lavender Haze, for example, was inspired by a 1950s term she learned from the period drama Mad Men and explores her relationship with Alwyn.

“When you were in the ‘Lavender Haze,’ it meant you were in this all-encompassing love glow, and I thought that was really beautiful,” she explained in an Instagram video. “And I guess theoretically if you’re in the ‘Lavender Haze’ you’re going to do whatever it takes to stay there and not let people pull you down from that cloud. And I think a lot of people have to deal with that now… because we live in the era of social media and when the world finds out that you’re in love with someone, they’re going to go for it.

“In my six-year relationship, we’ve had to dodge weird rumors, tabloid stuff, and we just ignore it. So this song is about ignoring that stuff to protect the real stuff.”

Swift also spoke about her collaboration with Del Rey, “Snow on the Beach,” which captures that “cataclysmic, fateful moment when you realize someone else feels the same way you do.”

“The song is about falling in love with someone at the same time they’re falling in love with you,” Swift said. “And you kind of look around and you’re like, ‘Wait, is that for real? is this a dream Is it… Is this real? does this happen Is it really happening?’ A bit like watching snow fall on a beach.”

Swift considered “Anti-Hero” to be one of her favorite songs she’s ever written, describing the tune as “a real guide through all the things I hate about myself.”

“I don’t think I’ve delved into my insecurities that much before,” she said in a video on Instagram. “I struggle a lot with the idea that my life has become unmanageable and … I don’t feel like a person anymore.

“Don’t feel sorry for me — you don’t have to — but… we all hate things about ourselves, and it’s all those aspects of things that we don’t like about ourselves that we have to come to terms with… I like.” ‘Anti-Hero’ a lot because I think it’s really honest.”

Many Swifties seem to think that ‘Karma’ is about the singer’s drama with rapper Kanye West and reality TV star Kim Kardashian. Swift has neither confirmed nor denied this theory, so fans will simply have to wait until the album comes out to find out if it’s true.

How about an album trailer?

A short teaser for “Midnights” is scheduled to run on Prime during “Thursday Night Football.”

What’s on the cover?

The offbeat artwork from the main album, Midnights, shows Swift wearing glittery blue eyeshadow, holding a lighter and staring into the open flame – a marked departure from the whimsical, cottage-core vibes of her last two albums.

Alternate vinyl covers from the album show Swift lying thoughtfully on the cold, hard floor. And in case you’re wondering why all four vinyl albums have numbers printed on them, it’s because they can be arranged into an analogue clock (because the title is ‘Midnights’. Got it?). If that wasn’t nifty enough, the vinyl set reads “Meet”, “me”, “at”, “midnight” when assembled in the correct order.

In addition to the Clockwork vinyl set, fans will have the opportunity to purchase a stunning selection of Midnights merchandise, from bracelets and backpacks to water bottles and sweatshirts.

What about all the billboards?

Prior to the release of “Midnights,” Swift distributed lyrics to Spotify billboards in major cities around the world, including London, New York, Nashville, São Paulo and Mexico City.

Without stating the title, the billboards displayed texts such as “I shouldn’t be on my own”, “Like clockwork the dominoes fall in a row”, “I polish real nice”, “Breathe in, breathe deep, breathe deep”. in, breathe out” and “has anyone ever kissed you in a crowded room?”

Will there be a “Midnights” tour?

All signs point to yes! And by “all signs” we mean a statement released on Swift’s UK website, encouraging fans to “pre-order the new Taylor Swift album ‘Midnights’ in any format from the official UK store to gain access to a special pre-order code.” upcoming and to be confirmed dates for Taylor Swift’s UK performances to be announced.”

The news indicates that more information (and, we can only hope, some Los Angeles tour dates) will be confirmed at a later date.

What else did Swift say about the album?

Swift had said that “Midnights” comes from “13 sleepless nights scattered throughout my life.”

What exactly keeps the musician up at night?

In a series of Instagram videos, Swift shared the restless record’s five key themes: “Self-Hate,” “Fantasizing About Revenge,” “Wondering What Could Have Been,” “Falling In Love,” and “Falling Apart.”

Swift will make her first late-night TV appearance after Midnights on The Tonight Show Starring Jimmy Fallon on Monday.

Cardi B sentenced after guilty plea in 2018 strip club fight