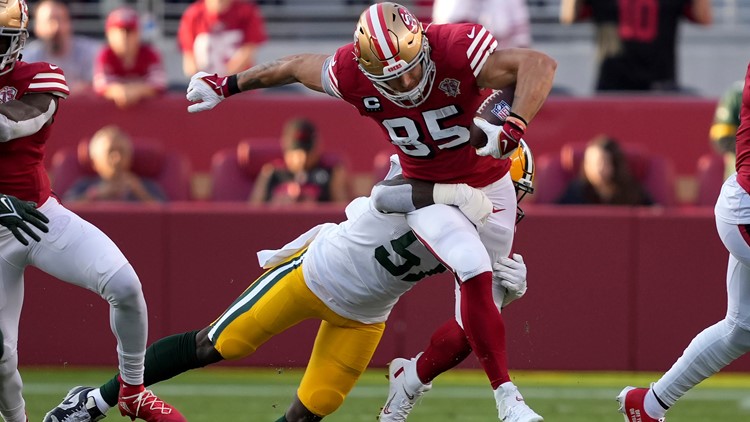 Kittle is inactive for San Francisco’s game against Seattle on Sunday after being listed as questionable on the injury report. Kittle also missed the season opener in Chicago after injuring himself in practice earlier in the week.

Kittle’s injury leaves the Niners without two of their best offensive players with Elijah Mitchell on injured reserve with a knee injury.

Kittle has been hampered by injuries in recent years. He missed three games last season with a calf injury, eight games in 2020 with knee and foot injuries, and three games in 2019 with a groin injury.

Kittle had 71 catches for 910 yards and six touchdowns in 14 games last season. His 335 catches since joining the league in 2017 ranks third among all tight ends in that span and he is second with 4,489 yards receiving.

Without Kittle, the Niners will end up looking at Charlie Woerner, Ross Dwelley or Tyler Kroft.